Imagine a world where investing in your beauty routine doesn’t compromise the integrity and health of your skin. This is the kind of world Amy Liu hopes to create as the founder and CEO of Tower 28, an up-and-coming clean beauty brand for sensitive skin. Tower 28 brings much-needed relief to a section of the beauty industry that is often rife with pseudoscience and fear-mongering.

Universality is at the core of what Liu aspires to achieve with Tower 28, beginning with the brand’s name. On the beaches of Santa Monica, California, where Liu currently resides, people often use the lifeguard towers, which are numbered one to 30, as meeting points. Tower 28 stands near the border of Santa Monica and Venice. Liu has seen people from all walks of life come together there between the two cities — and that’s how she chose her brand’s namesake. Liu hopes that, like the lifeguard post, her beauty brand can be a reliable option for everyone.

Being surrounded by such diversity was especially meaningful for Liu. Born in Minnesota to Taiwanese immigrant parents and growing up on the east side of LA, Liu rarely saw herself represented in her environment. “I remember just feeling really not included…because I’m not blonde, I don’t have blue eyes, all that type of thing,” she admits. “I just felt like there was a different story that could be told.”

Not fitting the mold made it harder for Liu to find resources and figure out how to apply makeup that worked with her skin. It wasn’t until she began her career in the beauty industry as the director of international marketing at Smashbox that she learned how to do makeup. Even then, it was only out of necessity when she had to be the makeup artist at events. But she quickly realized the products she was advocating for didn’t work well with the skin issue she’d struggled with since she was a teenager. 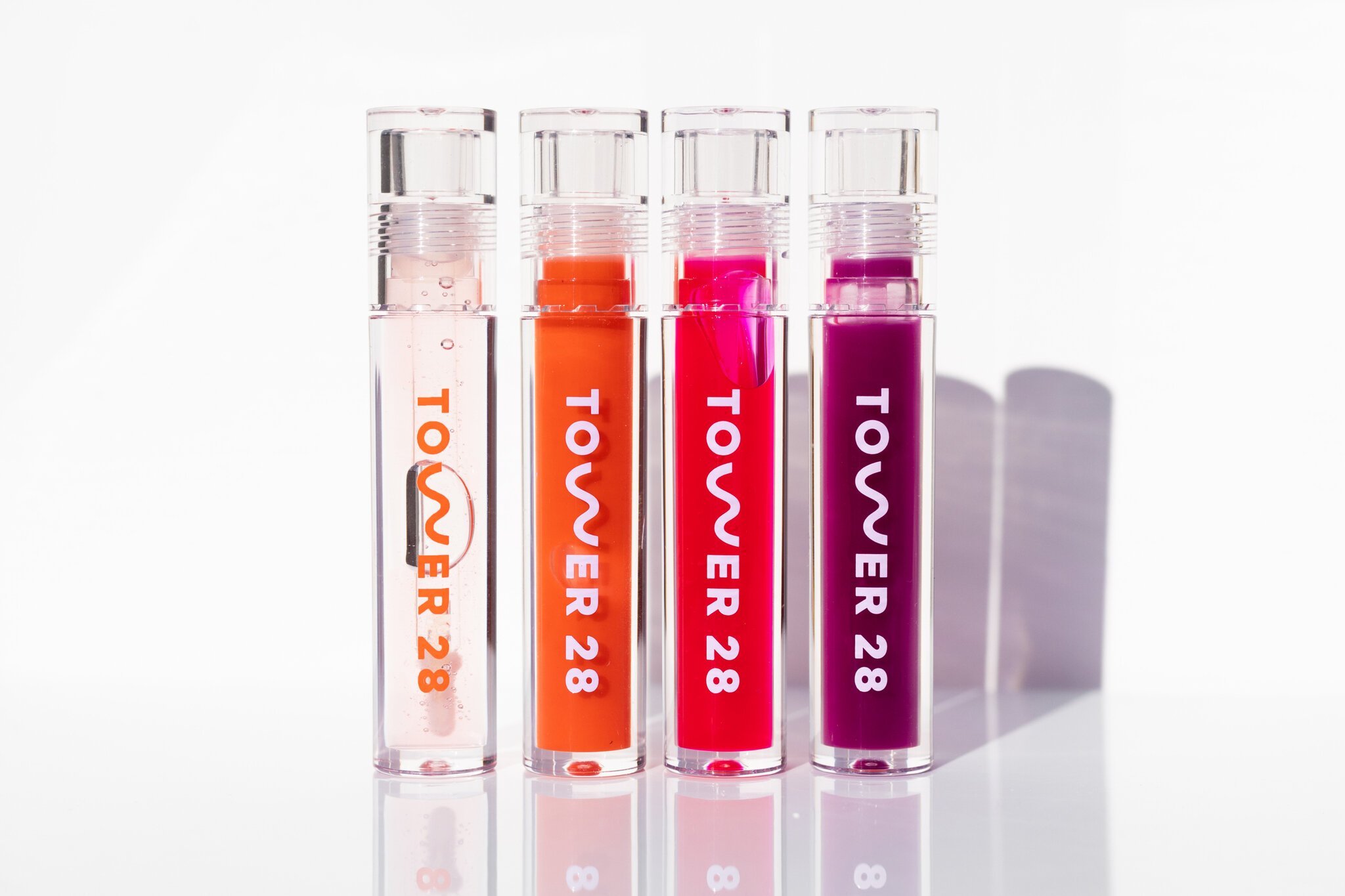 “[The eczema] presented itself on my feet, on my fingers, my hands — it’s really visible, especially in an industry where you’re selling to retailers,” Liu says. She wanted to fill the gap in the market to cater to people sharing similar struggles with eczema, leading her to found Tower 28.

Liu’s past experience in the industry enabled her to establish her own company — an endeavor that she says has been a humbling journey and a learning experience.

“I learned so much about how little I knew [even after] work[ing] in the same industry for 16 years,” she said.

Of the four products Tower 28 has launched, two of them — the Superdew Highlighter Balm and the SOS Daily Rescue Facial Spray — have the seal of approval from the National Eczema Association (NEA). Liu has much love for SOS in particular, as it’s the product she reaches for most often to keep her eczema in check. The spray’s active ingredient is hypochlorous acid, she explains, which is an antimicrobial and anti-inflammatory molecule found naturally in our bodies that is triggered by white blood cells when the skin is injured or inflamed — from eczema, for example.

While good ingredients are the foundation of a good product, ensuring that color cosmetics actually look flattering on the consumer is also a priority for Liu.The ShineOn Lip Jelly, for example, has a translucent quality that lets the wearer’s natural lip color shine through due to a lack of white in its base. 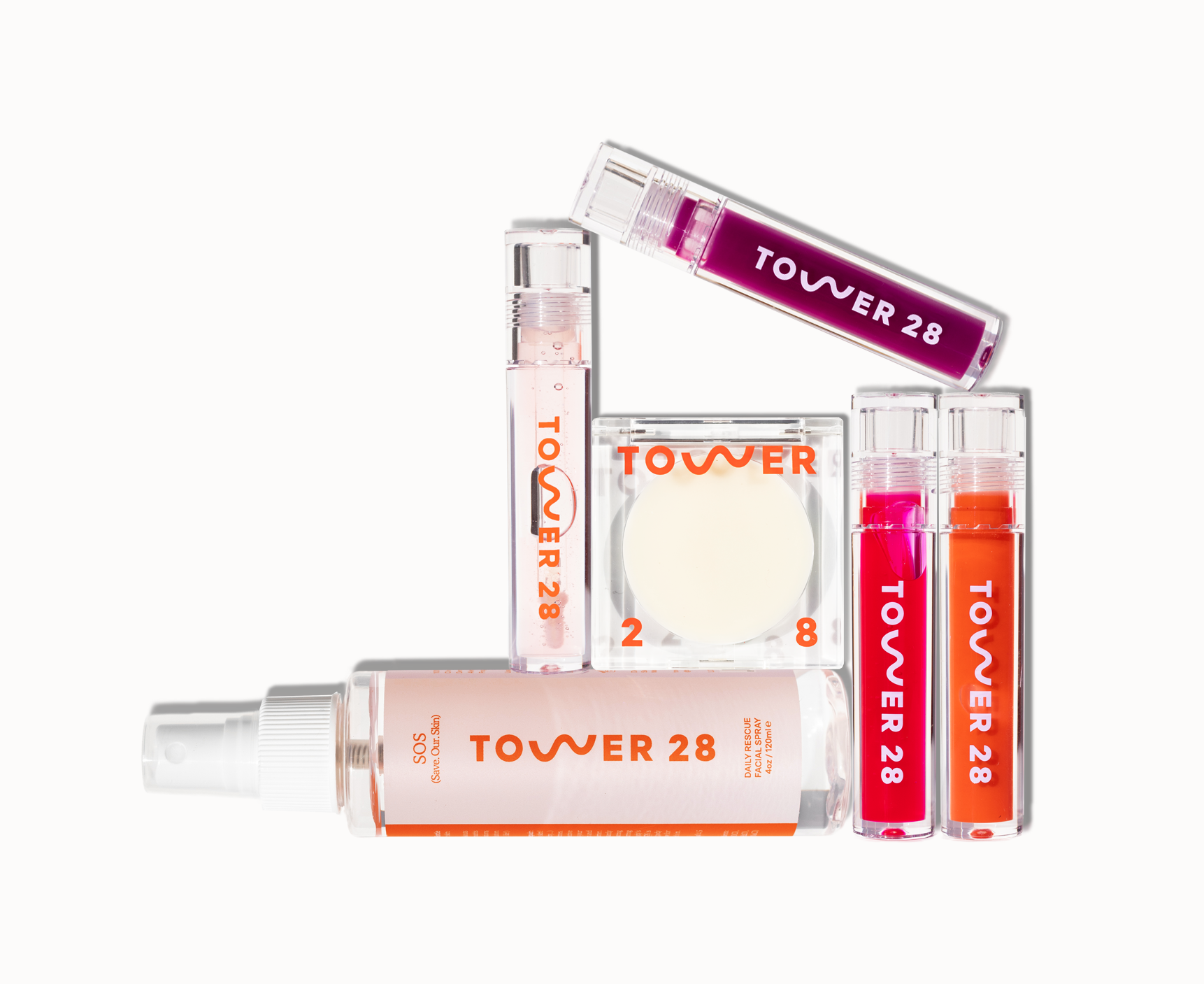 All these things are nice, but it’s also worth asking: What makes Tower 28 beauty stand out in the highly saturated clean beauty market? Answer: Honesty and transparency around the brand’s non-toxic ingredients.

“Non-toxic” is a notorious buzzword in the clean beauty community, a fact that Liu is not blind to. Tower 28 adheres not only to the NEA’s guidelines, but also those of Credo Beauty, a clean beauty retailer that requires its brand partners to comply with its “dirty list” of prohibited ingredients.

Liu is careful to emphasize that clean beauty does not always equal all-natural ingredients: “There are plenty of things that are natural that are not good for you, like poison ivy — that’s natural! So we’re always looking for things that are a combination of synthetic but non-toxic and proven ingredients.” Liu’s goal is to create products that are truly good but also won’t turn overnight.

Days after debuting in Sephora, Tower 28 sold out, making it safe to say that the beauty community is keeping an eye on what the brand will do next. Liu is happy to oblige — mindfully.

“We will make more products, but we will only make products if we feel like we can,” she says. “There are so many products out there, so we won’t do it if we don’t feel like we can do it with integrity and do it better than somebody else, and offer something that’s not out there.”

In Asia, Surgeons Who Specialize in Making People Taller