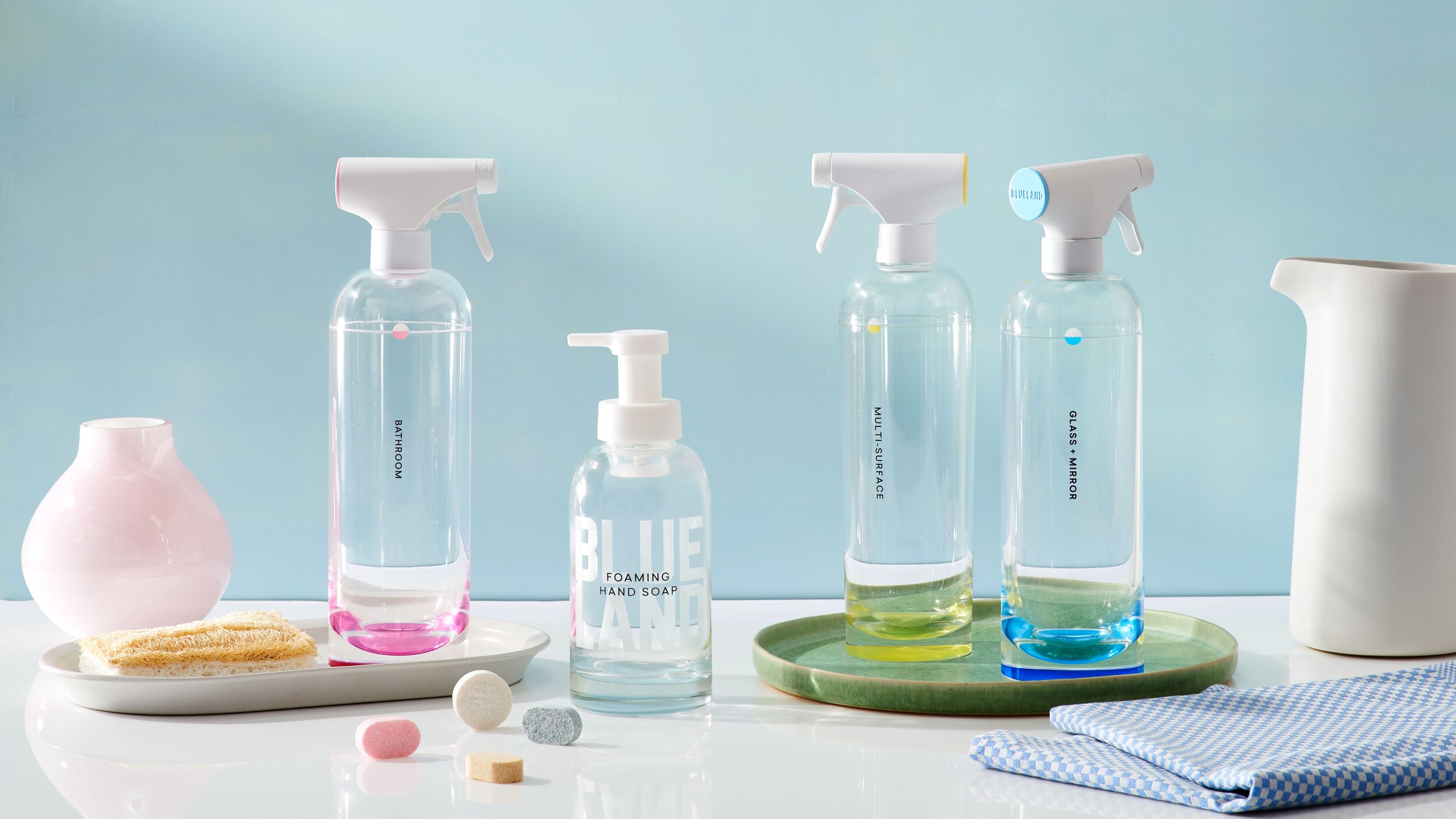 Sarah Paiji Yoo was always aware of environmental health and the importance of reducing plastic consumption. At home, she’d intentionally recycle often and use fewer plastic products. But she felt like that wasn’t enough.

After becoming a mom, her son’s well-being came into the picture, setting her on an unexpected entrepreneurial path.

“As I was planning to shift from exclusively breastfeeding to formula-feeding my son, I was horrified to learn how many microplastics are floating in our waters,” she said.

She took additional steps to help mitigate the issue by cutting down her plastic consumption, but realized many everyday products such as window cleaner, toothpaste and laundry detergent come in single-use plastic. These plastics end up in our oceans and show up in bodies of marine life, feeding into the water we drink and the fish we eat.

She turned her concerns into creating a global cleaning brand: Blueland. It sells eco-friendly, reusable cleaning products that come in environmentally responsible packaging. The name Blueland comes from the belief that our home is the entire planet, including our oceans, Yoo noted. To take better care of our home, we must work to restore the oceans to their natural, pristine, plastic-free state.

As CEO and co-founder of Blueland, Yoo’s mission is to preserve the environment and help reduce people’s use of single-use plastic when cleaning their home.

“I founded Blueland with the belief that you don’t have to sacrifice a clean home for a clean planet,” Yoo said. “We’re dedicated to making it easy for people to make the right choice with products that are more effective, affordable and convenient.”

So how does it work? After the product has been used, customers can refill their bottle for $2 — for life.

While the concept is simple, developing Blueland’s product formulas were not.

Conventional cleaning products have always been made in liquid form. Blueland’s product concept was different. Yoo wanted to create concentrated cleaning tablets that could be mixed with water for immediate use, but finding manufacturers was not easy. 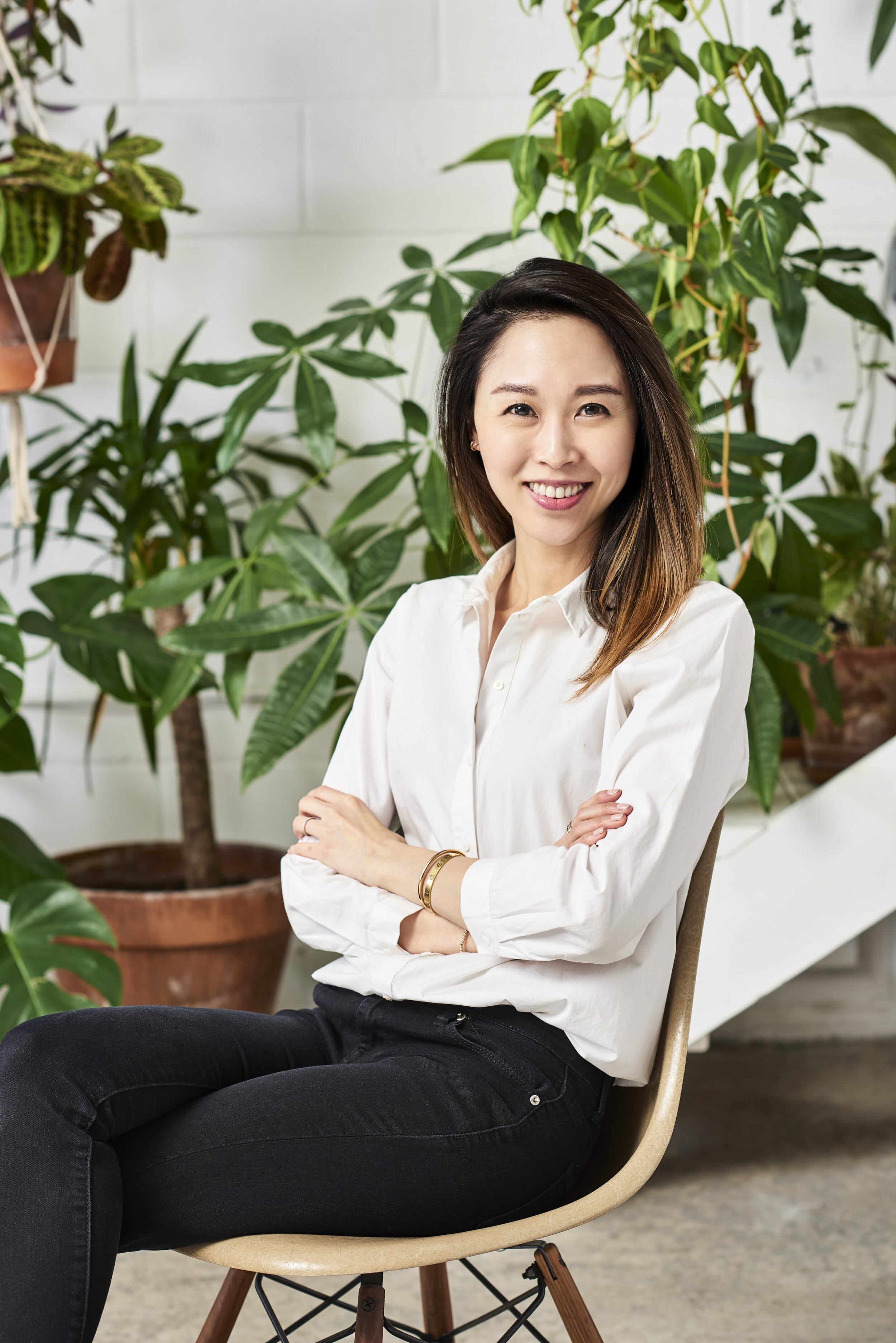 “We spoke with over 50 different potential manufacturers, across a range of industries (even candy manufacturers!) before finding the perfect set of partners,” Yoo shared.

Despite Blueland’s success, Yoo still faces “bamboo ceiling” challenges that affects how she conducts business as an Asian American female.

“I would be lying if I didn’t say that I smiled more and used more exclamation points sometimes, or other times put my foot down more firmly, because I felt like I was overcompensating for Asian American female stereotypes that were on my mind,” Yoo said.

But amidst challenges, she stayed grounded and credited much of her drive to her immigrant parents.

“My father and mother both immigrated here when they were 18, from Thailand and South Korea, respectively, with next to nothing. They didn’t speak any English,” Yoo said. “Yet they went on to obtain their college degrees in four years and both built successful longstanding careers in aerospace engineering.”

Despite their career trajectories, Yoo’s parents didn’t pressure her to establish a similar path. “They didn’t push me to…be a doctor or lawyer, but the expectation was that I should always be giving everything my best,” she said.

This gave her the freedom to explore her interests and to pursue her own path.

When Yoo started attending Harvard Business School (HBS), starting a company was not on her mind at all. But when she arrived, she was so inspired by the vast number of women before her who had successfully started companies right out of HBS, such as Stitchfix, Rent the Runway, Birchbox, Baublebar, Learnvest, and Gilt.

“It was really empowering to realize that these women were about my age and had similar backgrounds and experiences when they decided to jump in and build something,” she said.

Yoo feels fortunate to be living in a time and with a set of experiences that give her the opportunity to create something meaningful. “With Blueland, I am more motivated than ever that I can do something that has a deeper purpose and has the potential to make the world a better place,” she says.

Below are Yoo’s tips for any fellow entrepreneurs who are thinking of starting their own business:
1. Be rigorous: Do your research and know your space inside out. If there’s any publicly available information on your space or target product, you should get and understand this information in detail.

2. Be resourceful: Leverage your network – ask friends and friends of friends for intros. Scour the internet and Linkedin. Pick up the phone and cold call, and if it’s a dead end, ask those people for other introductions.

3. Be tenacious: It’s going to be a long, iterative path, and there will be breakthroughs sometimes when you least expect it.