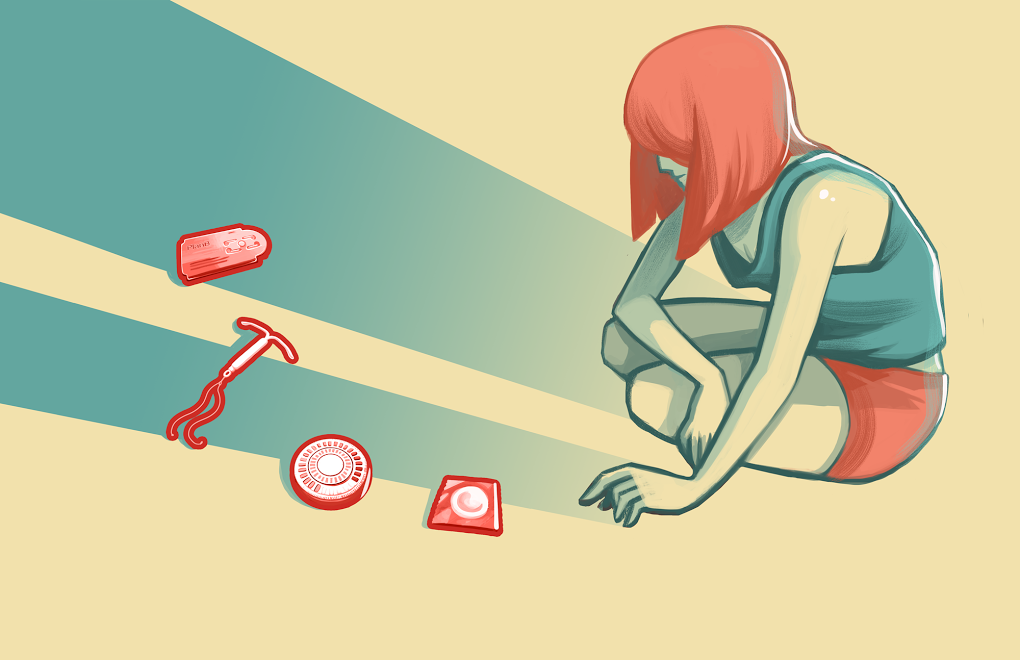 Thanks to good public health campaigns, more people are using condoms than ever before, including Asian Americans. Still, the numbers tell us that sexually transmitted infections are on the rise—the CDC noted in 2010 that if you took 100,000 Asian American women, 15 would have gonorrhea and 115 would have chlamydia, an increase of five percent from the year before.

So, this quarter, we’ve decided to answer some commonly asked questions about contraception. After all, there are misconceptions that even advertising can’t debunk.

Oral sex doesn’t require the use of condoms, right?

Actually, viruses and bacteria can transfer to your mouth during oral sex (and if swallowed, stomach acid won’t necessarily kill these organisms). Herpes in particular is commonly transmitted, even if you don’t see open blisters. Even scarier, a 2012 study in the Journal of the American Medical Association (JAMA) found that 3.6 percent of women have HPV in their throats, which may increase risk of cancer. So use condoms, even with oral sex! If you’re so inclined, choose flavored condoms or lubricants.

What happens if I forget to take my birth control pills?

In a 28-day pill pack, the last seven are placebo, hormone-free pills. If that’s what you’ve skipped, just take the next one the next day. If you skip one of the hormone pills, what to do depends on when you last had sex. Theoretically, if you’ve only skipped one day, you should still have enough hormones to prevent eggs from releasing and trying to meet up with sperm. You should take the pill you missed the next day along with that day’s pill, putting you back on schedule. The caveat is that sperm can live in the body for up to seven days. This means that if you’ve skipped a pill within a week of intercourse, it’s safest to use another form of birth control until you finish the pack.

If I get an intrauterine device (IUD) like Mirena, will I have a miscarriage later in life?

IUDs have been proven to be safe and effective at preventing pregnancy in many ways, like making the uterus a difficult place for an egg to attach. The pregnancy rate with perfect use—including checking frequently that the IUD has stayed in place—is very low, about 1 in 100 women. When you hear about cases of miscarriage with IUD use, it’s most likely the result of IUDs getting dislodged without the user noticing. As long as you use it properly, there’s no evidence that having an IUD will cause miscarriages.

Can I take emergency contraception like Plan B more than once?

Emergency contraception works by delaying egg release, so that any sperm that might be inside the body will die before it has the chance to join an egg.These solutions work best in the first 72 hours. Three to five days after sex, there’s already a 42 percent chance with plan B that you could get pregnant.

There are no current studies that say taking emergency contraceptive pills more than once is notably harmful in the long run. The bigger problem is the unpredictability. The pill disrupts and essentially resets your ovulation cycle. When this happens, it’s more difficult to predict when you’re ovulating (when an egg is being released)—which means the chances of unplanned pregnancies become higher. Also, relying on emergency contraception, which can be around $40 each, is much more expensive than other methods of birth control, like generic pills as low as $9 a pack.

If I go see a doctor about birth control and related issues, can they tell my parents?

By law, doctors must keep visits confidential. Even if you need to arrange an STI test, hospitals are often able to use vague wording on the medical bills to give you further privacy. This is currently available in states like California, if teens specifically ask for it. If you’re concerned, the best way to learn about specific options is to give the doctor’s office a call.

The most important goal here is avoiding unwanted pregnancies, right?

Kind of. Avoiding unwanted pregnancies is certainly an important goal, but sexual health is more than that. One important aspect is also choosing the birth control that fits your lifestyle, so that you’re more likely to use your chosen method correctly. Most importantly, consistent birth control, especially prescribed methods like the pill, ensures yearly check-ups with an OB/GYN doctor, who can make sure that everything else is in order. After all, if you don’t take care of your sexual health, who will?

Your Guide to Staying Healthy While Traveling