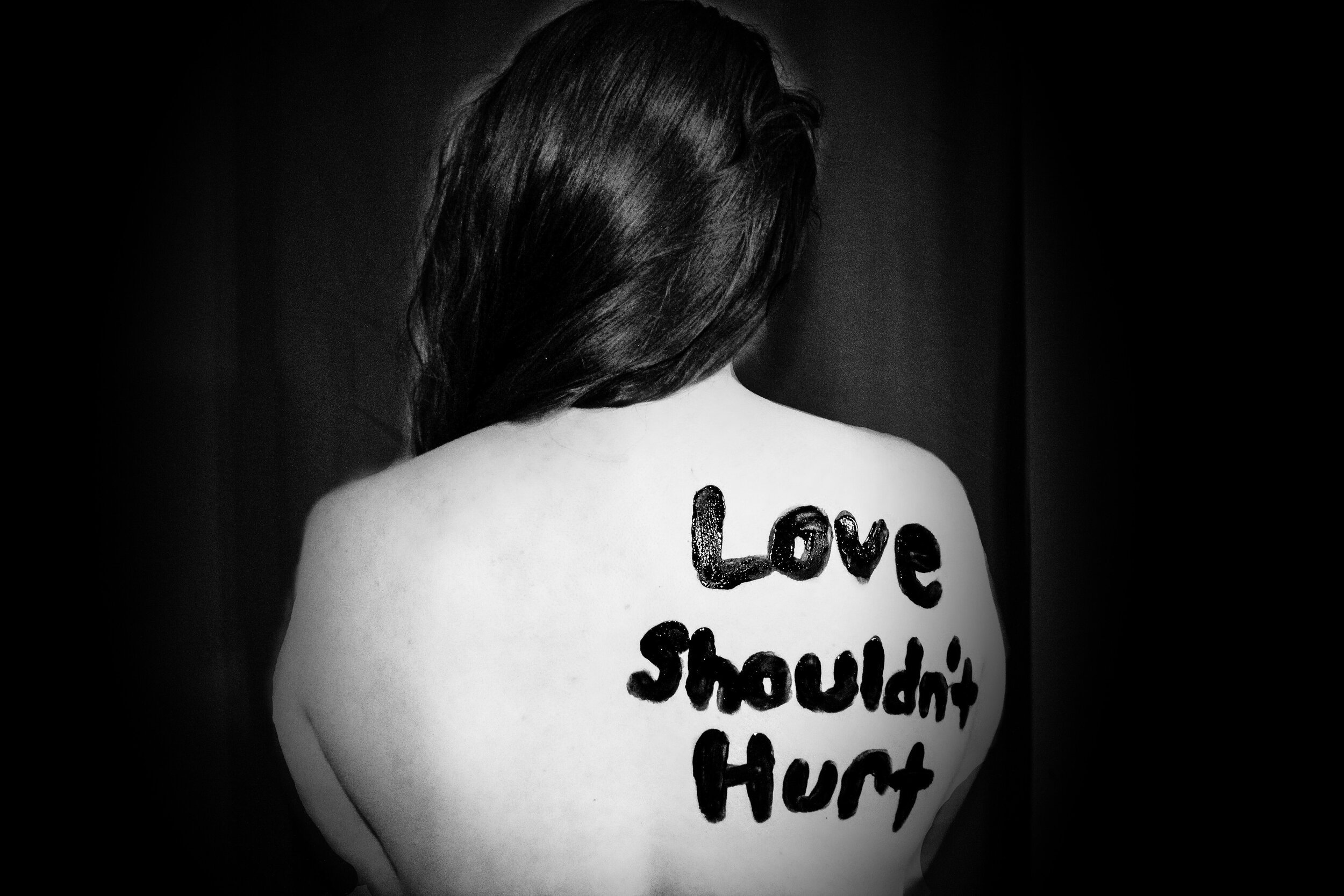 “I grew up with stories about my great-aunt in Korea, who was beaten to death by her husband. He suffered from a drinking problem and always became violent after abusing alcohol,” says Michelle Yang. “What stands out is the acceptance among relatives that my great-aunt was destined for a bitter life and nothing could be done, so when she came to my grandmother’s house to hide, they eventually turned her over to her husband. She belonged to him and they believed it was too late to change that.”

Society, we’d like to think, has progressed beyond this philosophy. New laws have been enacted in South Korea against domestic violence (DV) starting in 1998, for instance, and it is no longer only seen as a “private issue” for police to look the other way. However, culture can be slower to catch up to legislation.

Though stigma and cultural barriers for victims to leave abusive relationships may be greater in Asian American communities, there is progress in the fight against DV. People recognize the need to address gender-based violence and the fact that Asian communities are not all the same. Organizations like the Korean American Family Service Center and Asian/Pacific Islander DV Resource Project address these needs.

Domestic violence affects everyone
Defining DV gets complicated because it impacts so much more than the victim. “[People] only see DV as intimate partner violence and might not recognize that it happens with in-laws, relatives and grandparents as well,” Jung said.

“A lot of children are affected — not only violence towards them but violence in the household,” Huang added. “We see a lot of clients over the age of 50. They themselves are victims of violence, and their children or in-laws are the abusive party.”

Across Asian American communities, including the Pacific Islander and South Asian diaspora, there is a legacy of patriarchy. Because men are innately valued more than women, male abusers rarely face consequences, while female victims are shamed as soon as they speak out. As a result, abusive men have little motivation to change their behavior.

Many victims are also tied to their abusers legally and financially, which makes it nearly impossible for the victim to free herself. In some refugee communities, such as the Vietnamese community, immigration status and the struggle to earn a living place tremendous stress on both partners. Some men resort to violence when they have no other coping mechanisms available.

“The community might have a gap in understanding in what DV can include,” Huang said. Asian communities acknowledge that “verbal violence feels hurtful, but still see DV only as physical violence.” A broader lens toward DV, including emotional and cultural perspectives, can better serve survivors. The Relationship Bill of Rights is a good resource to help close that gap in understanding, to help people see what a healthy relationship looks like.

Seeking help
Asian American women face significant barriers seeking outside support. Some victims hesitate to report abuse to the police. Immigrant women who have had bad experiences with the police in their country of origin might avoid reaching out to them here.

In addition, they may feel unsure of U.S. culture — what is acceptable and what isn’t — or experience shame about the language barrier or legal status. “Many immigrant survivors aren’t asking for support outside of protective orders or calling the police due to fear of detention and deportation,” said Katie Ray-Jones, CEO of the National Domestic Violence Hotline.

It’s a human right to be safe and protected by the law. By calling the police, a victim can obtain a temporary restraining order and legally document the abuse. The police connects victims to local shelters and social service agencies. According to Break the Cycle, seeking police assistance can stop the abuse long enough for you to escape to a safe place.

“Our immigrant community [is] closely related. They live close to each other,” Jung said. “Survivors do not feel comfortable talking about DV [because they want to] protect family reputation.” This sense of shame and the avoidance of it makes women at risk reluctant to ask police and family members for help.

For DV victims, trusted friends are often their greatest allies. Friends can offer emotional and practical support before and after reporting the crime. Serving as an emergency contact, helping to document abuse, and listening are all ways that friends can support victims. People will have strong reactions to DV, and the key is to be respectful of the victim’s decisions and listen without judgment. Helping the victim recognize that abuse is in no way normal, nor their fault, is powerful.

According to Christina, a survivor who gave her testimony to the National Domestic Violence Hotline, “Domestic violence is everybody’s issue. Many women don’t know the first step to take. They need a friend. A friend they can trust; a friend who is willing to help, willing to listen without blame.”

Supporting survivors
Supporting survivors is everyone’s business. Whether you are a friend, coworker, roommate or stranger, it’s in your power to empower the victim. Survivors need support after abuse too. They will develop new routines and work toward goals; having contacts and relationships is a source of strength during their recovery.

When victims seek help from a shelter, Huang said they typically “live [at the shelter] for three to six months, then work with the agency in a community program setting or move into permanent housing.” The goal of the residential program at Womankind is that eventually, the survivor “can be self-sufficient and heal from trauma.”

“We help them navigate systems and interact with people in a more healthy way during recovery,” Huang explained. Having a social network in place, rather than isolating survivors, helps with that.

What does life after reporting look like for survivors? According to Huang, “they are ready to terminate services when they feel ready to work on their own.” Jung added, “We want to be a support net for our client.” Whether the survivor goes back to the partner or leave the relationship, it is ultimately their decision.

When asked about how the community might support survivors, Jung replied, “We can start teaching younger folks how to talk to each other in a more respectful manner. They don’t have the vocabulary [to talk about] categories of domestic violence.”

Huang said, “DV is embedded within a society that believes in gender roles/expectations. Challenge that perspective. Everyone deserves a healthy relationship.”

Domestic violence is a community issue, and the solution involves the community too. We can’t underestimate the importance of friends. Christina, whose mother was a survivor, shared, “[My mom’s] friends helped her pack up our whole lives into a few boxes and we escaped to another town. Mom was saving herself, she was saving me, and she was doing what she had to do.

“Our new life would not have been possible without the help of Mom’s friends. Know your neighbors; know your friends. If someone is hurting your friend or family member, it is your business.”

An Asian American Perspective: How to Address the Stigma Surrounding Sex

Do You Sleep Enough Each Night?

7 Easy Health Resolutions for 2012 and Beyond

7 Outdoor Workouts for Every Type of Personality – Including Lazy Ones