Would You Run Barefoot? Here’s How to Do It Right 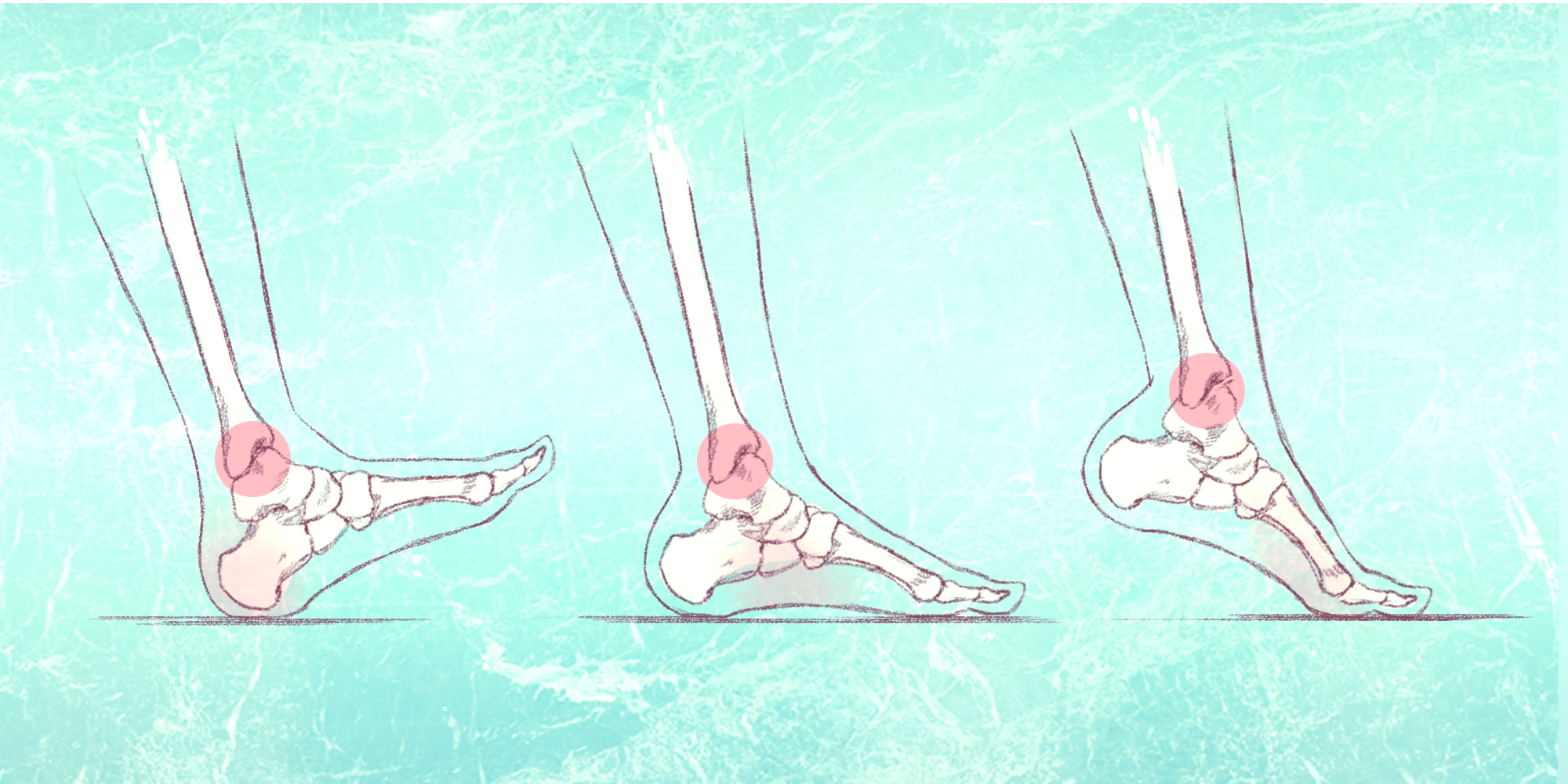 A few years ago, footwear company Vibram became known for pioneering the barefoot running trend with their FiveFingers shoe line—featuring what’s known as “minimalist” shoes that provide as close an experience to being barefoot as possible. But this past summer, they settled a two-year lawsuit in which they were accused of falsely advertising the health benefits of the line, including stronger leg muscles and fewer injuries compared to traditional running shoes. Though Vibram did not admit guilt, they offered compensation for anyone injured. We decided to find out the truth behind the benefits and drawbacks, stripping running down to its barefoot basics.

Runners and sports players using typical athletic footwear commonly experience knee pain. That’s because 80 to 90 percent of runners land on their heel first before pushing off from their toes. This heel-striking pattern leads to an athlete’s body weight impacting his or her hips and knees.

Barefoot and minimalist runners, on the other hand, land with a mid- to forefoot strike, meaning they land on the balls of their feet and briefly fall back on their heel for stability before pushing off their toes again. This means body weight impacts the lower leg, ankle, and toes first. Minimalist advocates argue that it’s the superior and “natural” way to run, since our ancestors existed for centuries without shoes, as do some rural communities worldwide. 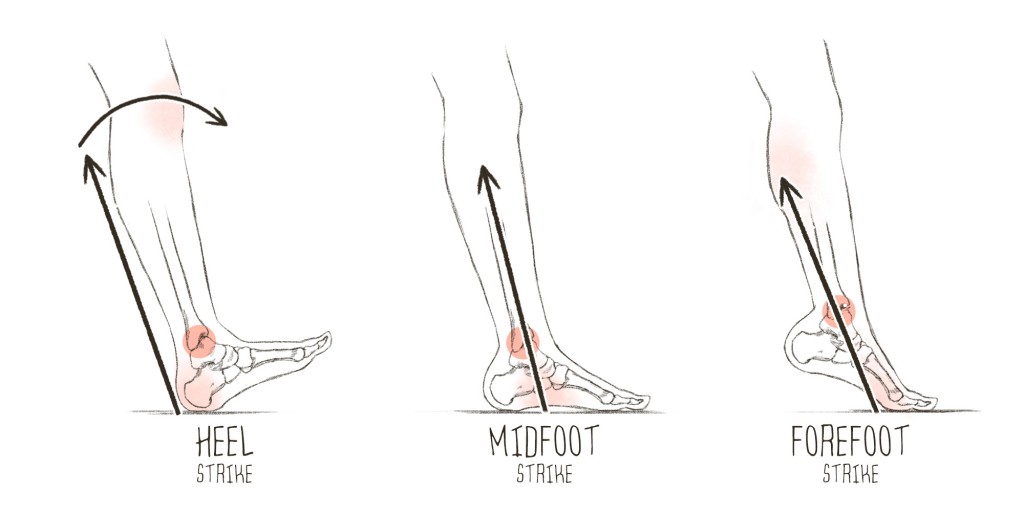 What these arguments fail to take into consideration, is that we have all grown up running in shoes. As with many fads, people began praising the movement without knowing the consequences.

So, a few years into the craze, has research shown any benefit?

Podiatrist Dr. Paul Langer, president of the American Academy of Podiatric Sports Medicine, has seen minimalist runners with forefoot, calf, or Achilles pain in his clinic. The patients, he says, “wanted to land on their forefoot more or run in a lower-profile [less constrictive] shoe, thinking ‘I won’t get injured this way’ or ‘I thought I’d run faster.’ ” But, he emphasizes, “What the research is showing, more than anything, is that in different running forms, muscles are loaded differently.”

In other words, minimalist runners might feel less weight on their knees and hips—but they’re more likely to get injuries in places that aren’t used to carrying body weight when you run. It’s no surprise, that the most common injuries for these runners are calf muscle or Achilles tendon strains, as well as other common injuries like foot bone fractures or shin (tibial) stress fractures.

So what’s the conclusion? There’s not enough evidence to prove that barefoot or minimalist footwear is “better” than traditional running shoes, as research shows it leads to different types of but not fewer injuries. There also hasn’t been any evidence of improvement in speed.

What to Do If You Want to Try It

Since barefoot running isn’t conclusively better or worse than running or exercising with traditional shoes, many still opt to try it out. Still, there are a few precautions runners can take to avoid the common injuries discussed above.

First, although there’s no consensus as to how much time it takes to get accustomed to minimalist shoes, the agreement among professionals is that it should be at least several weeks.

“The problem is that people switch [patterns] in a very sudden manner. The bones and muscles of the feet are not used to the different form and are not strong enough at first to withhold the stressors,” says Sachithra Samarawickrame, a Ph.D student and researcher at University of Southern California’s Musculoskeletal Biomechanics Research Laboratory who is currently studying forefoot strike and heel strike patterns. “People should [gradually] strengthen the muscles, bones, and tendons of the feet and calf. And this takes time; it’s basically a re-training program for their muscles.”

Second, pay special attention to calf strengthening in preparation, even before you put on those new shoes. Rami Hashish, a physical therapist, Ph.D researcher, and soon-to-be footwear consultant, recommends taking two to three weeks to do strengthening and eccentric exercises for the calf and plantar fascia (the tissue supporting the arch of your foot) prior to walking or running in barefoot or minimalist gear.

He explains: “Eccentric exercise is any exercise where you are contracting the muscle as it is lengthening (as opposed to shortening, which is concentric exercise). For example, if you are doing a bicep curl, it is when you are lowering the weight, as opposed to when you are raising the weight.” In the case of working your calves and plantar fascia, he continues, “an effective form of eccentric exercise is walking backwards up a hill or on a treadmill.” Again, it’s important to strengthen your lower leg and foot, since forefoot striking stresses your calves more than heel striking.

Final Note: Is It Really For You?

Barefoot running isn’t for everyone. If you’re ready to give it a shot, we hope our advice will help you do it safely. But if all this sounds like a lot of work and you’d rather not commit to weeks of preparation for something that won’t help decrease injuries or increase speed, think about why you want to switch. Are there specific injuries that you want tolessen? Is it curiosity?

Consider this: Dr. Christopher M. Powers, a physical therapist and Associate Professor in USC’s Department of Biokinesiology & Physical Therapy says, “My philosophy is to keep people in their preferred natural strike pattern and to optimize that.” To that end, his clinic films patients running so he can evaluate their running form. He continues, “A lot of running injuries are not a result of hitting on the heel; it’s hitting on the heel when you have poor hip or pelvic stability. Changing the running pattern should be the last-ditch effort, because it requires a lot of transitioning and preparation.”

Barefoot running is an intriguing fad, but not one to be tested out lightly. As with all sports, be careful, and make sure you understand the risks!

Eating With a Purpose: The Best Foods For Any Mood