The Pros and Cons of Dating Your Best Friend 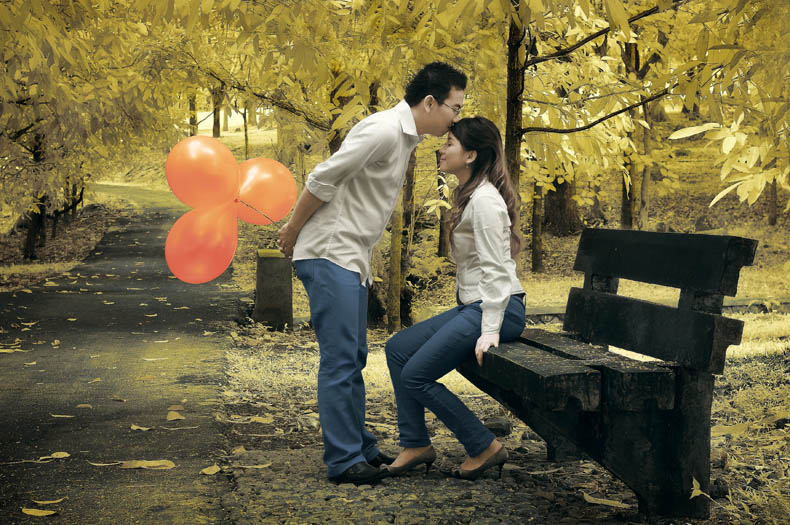 A trustworthy, genuine boyfriend or girlfriend can often become your best friend. But what if you were already best friends from the start? More precisely, would it make your relationship easier…or harder?

When I set out to explore this question for this piece, one of my own stories kept coming back to me. I had a friend whom I’d known for almost six years. I knew his passions and fears and appreciated his support through good and bad times, and over time he had become one of my best guy friends. After a particularly bad breakup, I was re-evaluating my past choices in boyfriends and felt like I was missing something. In the midst of dramatically labeling the entire male race as untrustworthy and deceitful, my thoughts turned to who I could trust. There was, of course, that best guy friend who was rooting for me to overcome yet another heartache. Not surprisingly, I began to think, “Wait, should I revisit this, now that we are both single at the same time?”

I realized then that what I really wanted in my other half was compatibility in values, interests, and personality (which by then I knew my friend and I had). Dr. Diana Kirschner agrees that compatibility is the best thing about dating your best friend. In the words of Kirschner, a relationship expert, psychologist, and author of Find Your Soulmate Online in 6 Simple Steps: “You can have it all in one package: friendship and romance.”

In fact, many girls admit this combination is what makes dating a best friend so appealing—given your closeness and familiarity, you’re already halfway to a solid romantic relationship. “You’ve already taken that time to figure out that you’re compatible with each other,” says Winnie*, a 22-year-old recent college graduate. “Beyond that initial attraction, the puppy love stage, and those first movie dates, you’ve already earned each other’s loyalty and trust.”

Susan, a 27-year-old graduate school student who is currently dating someone she was friends with first, also agrees. “You kind of know what you’re getting yourself into,” she adds. It’s more likely, for example, that “you know what qualities you may not appreciate as much and you won’t be caught off guard.”

At the end of the day, all this adds up to what everyone wants—someone who you can let down your guard with, who knows the real you, and accepts and loves you for it. Juei, 26, says, “You already feel so comfortable around them and you don’t have to stress about making a good impression.”

But, as I discovered the hard way, this level of total comfort can be a double-edged sword. My aforementioned friend and I did start dating, but because I was so relaxed and not worried about what he thought of me, I ended up on the other end of the spectrum. I didn’t put in enough effort to dress up for our dinner dates, for example, or explain why I had to stay late at school. This turned out to be disastrous. Our relationship had evolved from a platonic to romantic one, but because we knew each other first as friends, we took it for granted that we also knew each other’s relationship expectations, which became the root of many arguments.

Another problem with dating a close friend is that you might spend a lot of time with mutual friends, which could become awkward if the relationship doesn’t last. In fact, Susan admits that she and her new boyfriend had kept the relationship under wraps initially, to avoid awkwardness in case things didn’t work out.

Susan is one of the lucky who navigated the transition well. “Our [platonic] relationship progressed to the next [romantic] step very gradually. We both realized that we liked each other, since we were spending so much time together, and we eventually talked about it,” she says.

Like in any other relationship, good communication is key, especially in this special circumstance. It’s certainly worked for Susan, who is celebrating her one-year anniversary with her boyfriend soon. And while it’s easy to assume, as I did, that you know what the other person wants because you were friends already, relationships are never truly easy to navigate.

That’s why Kirschner advises, “If you’re not completely smitten [with your best friend], just keep it a friendship.” Because that’s usually the biggest risk of pursuing a romantic relationship with a friend: losing that friendship altogether.

That said, what is love, and life, without a little risk? Although my relationship crashed and burned, the lessons I learned were invaluable. Next time, should I decide the risk is worth it again, I may find that dating your best friend can be the most rewarding relationship yet. Susan, for one, certainly has.

What You Need To Know About Long-Distance Relationships

Does a College Degree Lead to a Happier Marriage?

Mochi Magazine Staff on Why It’s Important to Be Selfish