Juneteenth: One Among Untold American Histories 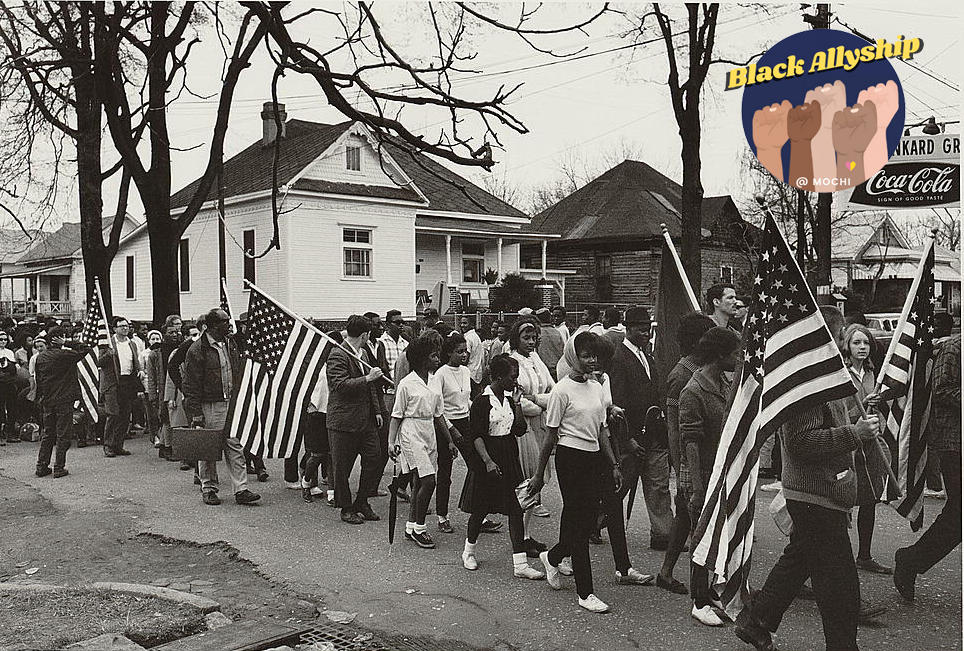 It’s mid-June, and while many patriotic Americans are gearing up for backyard barbecuing red-white-and-blue style, most Americans may not realize that June has a very important commemoration as well. “Juneteenth” (i.e., June 19) is an annual celebration recognizing the end of slavery in the United States.

You might wonder why this matters to us, Asian Americans. You might even think or have heard relatives say, “Black people aren’t slaves anymore. Why all the fuss?” Since July 4th celebrates the patriotic claim that we live in the “Home of the free and the brave,” you might believe that the accomplishments of Juneteenth are already incorporated and celebrated as part of the July holiday.

Juneteenth is definitely different from the fourth of July and not only for the immediate reasons you might suspect. The backstory of Juneteenth and its celebration are part of the often-untold history we need to acknowledge in order to move forward. From textbook American history, we learn that President Abraham Lincoln signed and issued the Emancipation Proclamation on January 1, 1863. However, it was not until June 19, 1865 — more than two years later — that the executive order was read to Black slaves in Texas. At the time, Texas was the most distant Confederate State, and the Civil War had just ended two months earlier. Because Texas was not a battleground, Union soldiers did not arrive there with the Emancipation Proclamation until 1865. Therefore, for over two years, laboring slaves in Texas were technically free but did not know it.

This delayed notification and liberation marked by Juneteenth is emblematic of the struggle for Black liberation.

Not yet recognized in all 50 states and thus not a national holiday, Juneteenth is typically celebrated in local communities, with a particularly Texan flair that includes parades, rodeos, dancing, storytelling and also barbecues. Less than two weeks ago, Jack Dorsey, founder and CEO of Twitter and Square announced that both companies will be observing the Juneteenth holiday in response to calls for greater corporate racial consciousness. Ending slavery was definitely a pivotal moment for our country, but as the protests in the last month have shown us, there is still a ways to go.

Even after Juneteenth, discrimination and violence against emancipated slaves and African Americans were still legal, through Jim Crow laws that legally enforced segregation on a state and local level. What is notable about the erasure of Juneteenth is how mainstream American history evades the truth about the freedom we love so much.

The Emancipation Proclamation is not the only American liberty that had a slow uptake, nor the only one that’s been whitewashed. Another marker of American freedom is the historical year of 1920, when women received the right to vote (a.k.a. suffrage).

Our history books record that women’s suffrage was a battle waged from the 19th to the early 20th century. Early on, women’s suffragists saw the alignment of their goals with Black suffragists and other suffragist movements. Even though (white) suffragists — such as Susan B. Anthony and Elizabeth Cady Stanton — are remembered and memorialized, Indigenous women inspired the movement, allowing suffragists to observe clan mothers who held leadership roles in their communities. Yet in 1920, women of color were deliberately cut out of the final negotiations as women’s suffrage was positioned to maintain “white, native-born supremacy.”

Sojourner Truth’s “Ain’t I a Woman” speech delivered in 1851 is often used — as a token of Black support — within historical narratives of women’s suffrage. However, her soliloquy fits in more with the movements working with women’s suffrage groups to get the vote for all genders and racial groups in the United States. The freedom to vote without racial discrimination was later ratified as the 15th Amendment passed in 1870. Unfortunately, that amendment did not include women.

Thus, true Black suffrage would not come about until the Voting Rights Act in 1965. The 1965 Selma to Montgomery march was a protest against the common use of literacy tests, poll taxation and intimidation tactics that prevented Black men and women from voting. The peaceful demonstration drew attacks from Alabama state troopers wielding batons, whips and tear gas — a scene not unlike today’s protests — and persuaded President Lyndon Johnson to outlaw those discriminatory practices utilized in the South. As part of the Voting Rights Act, Black women finally gained the right to vote.

For Asian Americans, the right to vote was not guaranteed until 1952 with the passage of the McCarran-Walter Act of 1952. From 1790, naturalization was only granted to “free white persons of good character.” In the early 20th century, state and local laws slowly began to change allowing Asians citizenship. Mabel Ping-Hua Lee — who immigrated from Hong Kong at the age of 4 and later got a Ph.D. in Economics from Columbia University — was among the 1910s suffragists working to gain the vote for women. Ultimately, like other women of color, she did not benefit from the 19th Amendment. We still don’t know today if she ever voted or became a citizen.

The McCarran-Walter Act of 1952 not only removed prior legislation barring Asian immigration (e.g., the 1882 Chinese Exclusion Act among other anti-Asian immigration laws), but also allowed Asian Americans the right to citizenship and, with it, the right to vote. Yet our community also gained great strides in voting rights from the 1965 Voting Rights Act with added protection for those with limited use of English. Nevertheless, Asian Americans today still face language barriers not only while voting, but also when registering to vote.

Voting is central to our nation’s democracy, but like freedom, is often considered by American history as a resolved issue. Even today, African American and Asian American community activists are fighting against voter discrimination and suppression by working to increase access to campaign and voting materials.

This is not an issue unique to Black folx; certain states actively remove people from voting registration lists. For example, Ohio’s English-only voting registration materials required a mailed response. Throughout the state, Asian Americans were subjected to “voter purging” and being removed from lists of registered voters, unable to troubleshoot the problem when they arrived at the polling centers.

Asian Americans’ low voter turnout is well-known. Less known are the barriers to voting that we and other BIPOC communities face. Creating equitable access to a right guaranteed by American democracy is an ongoing project, much like the struggle for Black liberation.

Only when we see the waves of social progress as one ocean of change do we, Asian Americans, realize how our liberation is bound with Black liberation.

In some ways, it is difficult to celebrate a moment long overdue — and potentially not even fully realized. But keep in mind, on the historic date that we mark as Independence Day — July 4, 1776 — American slaves were not free. Juneteenth is the first real date that our country began to move toward “justice and liberty for all.” In that way, June 19 more realistically encapsulates the American freedom and justice movements as a continual process.

Not long ago, I came upon a Tagalog proverb: “Ang hindi lumingon sa pinanggalingan, hindi makakarating sa paroroonan.” Attributed to Filipino nationalist José Rizal, it roughly translates to “One who does not know how to look back at where they came from will never get to where they want to be.” Our destination as Asian Americans is one located through allyship with Black and Latinx communities, a destination we can only find by remembering our collective histories.

On Juneteenth this year and onwards, let us honor the tumultuous struggle for civil rights rather than glossing over the messier moments.

Jeanelle Austin: Shining a Ray of Justice and Joy with Racial Agency Initiative

Racial Justice 101: Colorblindness and the Social Construction of Race in America

June 2020 Resource Roundup: Learn to be an Ally