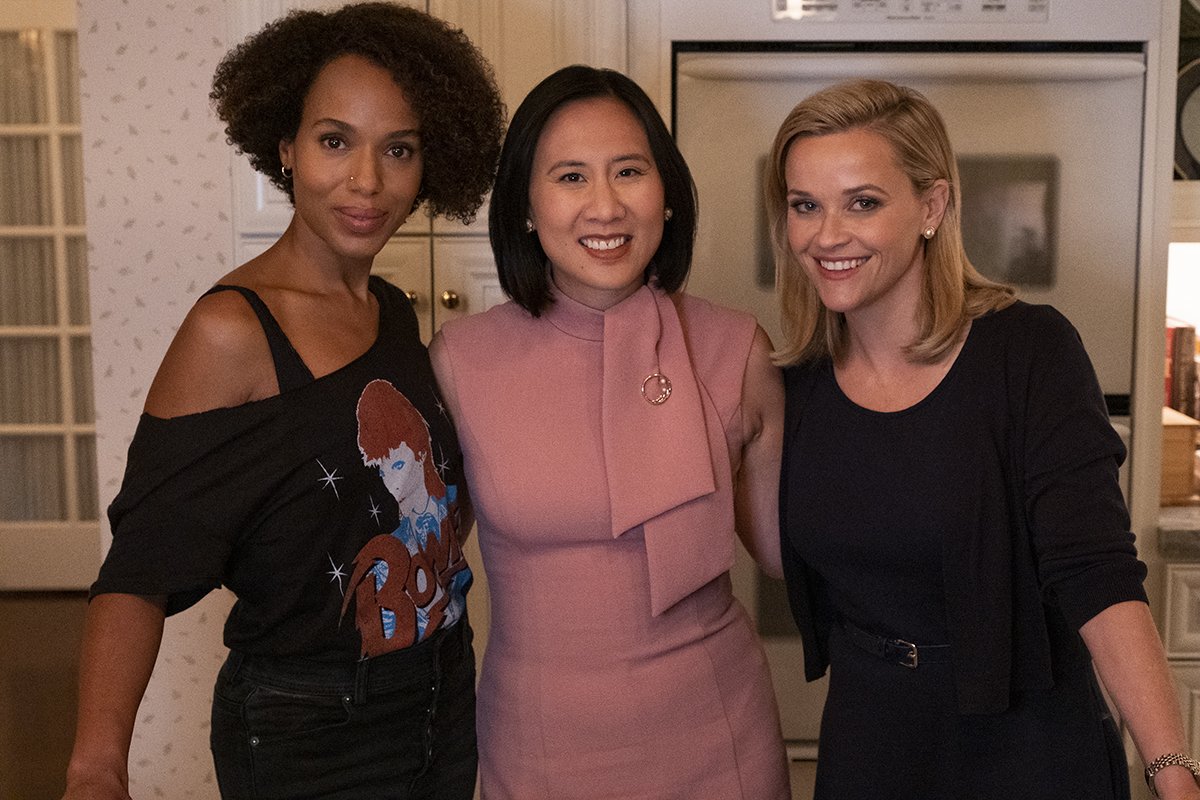 Celeste Ng has come a long way since selling handcrafted clay miniatures, though she is also very good at that. With the upcoming premiere of “Little Fires Everywhere” on Hulu, the New York Times bestselling author can now add television producer to her already impressive resumé. But Ng doesn’t stop at creating incisive stories about race, class and privilege. She is also determined to use her own considerable influence to open doors in publishing for people of diverse backgrounds.

Ng’s first novel, “Everything I Never Told You,” became Amazon’s #1 Best Book of 2014, and “Little Fires Everywhere” sold for seven figures in 2017. Reese Witherspoon, Lauren Neustadter and Kerry Washington snapped up the story before it was published, and Hulu won a competitive bidding war to develop the novel into an original miniseries, which premieres March 18, 2020.

As a producer for the show, Ng describes herself as “a tuning fork,” visiting the writers’ room, giving script notes, and being on set to ensure that the show was harmonizing with the characters, plot and themes of the book. But she never tried to be the conductor: “The mark of a successful adaptation is that it gets to become its own project, and I wanted to give it space to become its own thing.” She notes before adding with a laugh, “They didn’t even need me.” She believes in letting people who are experts do what they do.

Ng is certainly an expert in portraying the racial and class tensions found throughout America, but especially in the suburban Midwest where she grew up. Both of Ng’s novels take place in Ohio, include Asian American characters, and address issues of race without being “Stories About Race.” (I, for one, am very grateful for this growing trend in media representation.)

Many readers, including me, interpreted the character of Mia in “Little Fires Everywhere” as Asian American. Ng says, “I wanted to make her a non-white woman because I knew I was going to be looking at issues of race, class and privilege, and so many of those issues of power are tied to race. But I also know I can’t fully imagine a black or brown woman’s experience, so in the book I imagined Mia as a working-class white woman.”

Of casting Kerry Washington as Mia, Ng says, “The question of race come[s] right up to the surface, [when] you see her and Reese on screen as a black woman and a white woman, and you’re uncomfortably aware of the power dynamic.”

As an Asian American woman writer, Ng is never unaware of the power imbalance in publishing: “We’re not taught to look for Asian American writers. But as soon as we started looking, they were everywhere.”

To help make Asian American and other POC writers more visible, Ng has partnered with We Need Diverse Books to launch two internship grants in adult publishing. “It’s not enough to just say, ‘Write your stories.’ There are so many barriers and gatekeepers. The goal of this partnership is to lower barriers so that people who come from diverse backgrounds can go into publishing, [and] then work their way up and champion the voices that need to be heard.” Two grants of $2,500 each will be awarded to interns from diverse backgrounds working in a publishing house or literary agency.

When asked about the role models who inspire her, Ng reads off her bookshelf: Amy Tan, Maxine Hong Kingston, Jessica Hagedorn, Meng Jin, Cathy Park Hong and Ling Ma. “It’s kind of a cool time when you feel like your peers are role models,” she adds, claiming her rightful place in this esteemed group. (Though she famously doesn’t want to be called the next Amy Tan!)

Life After ‘Gossip Girl’: Yin Chang on Tackling Bullying And Its Aftermath