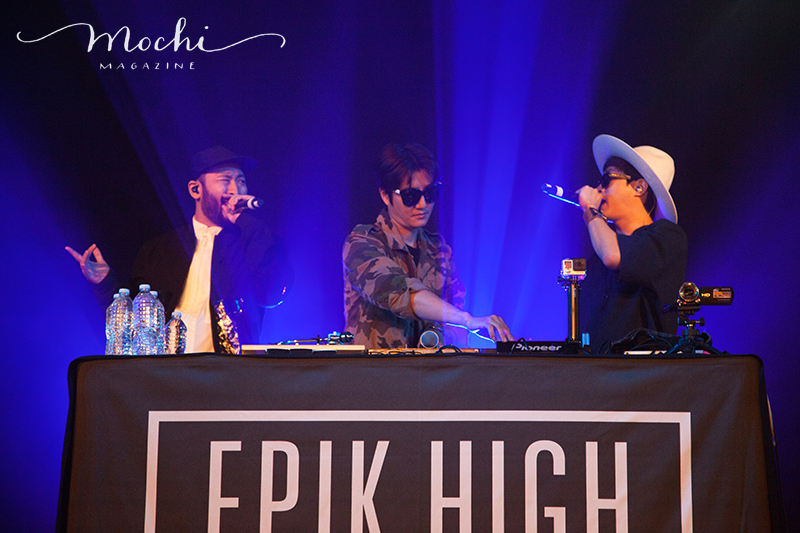 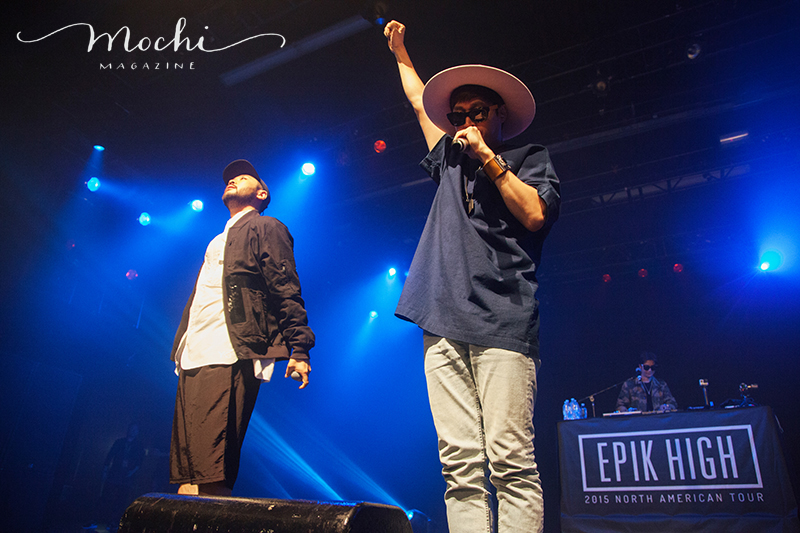 Epik High, one of the most legendary South Korean hip hop crews, have eight studio albums and numerous music awards under their belt. Last weekend, the popular group, comprised of Tablo, Mithra, and DJ Tukutz, treated their New York City fans with two shows during their nine-city North America tour.

The concert opened with a short teaser from fellow YGE labelmate and Korean rapper Masta Wu. The real show started as Epik High entered stage and sauntered to the DJ station, where DJ Tukutz spent most of the night, as Tablo and Mithra worked the crowd. The trio performed songs from their eighth album Shoebox (Happy Ending, Spoiler, and Burj Khalifa), collaboration works (It’s Cold, Umbrella, and Up), and hits from their early debut days (Fan, Fly and Love, and Love, Love). 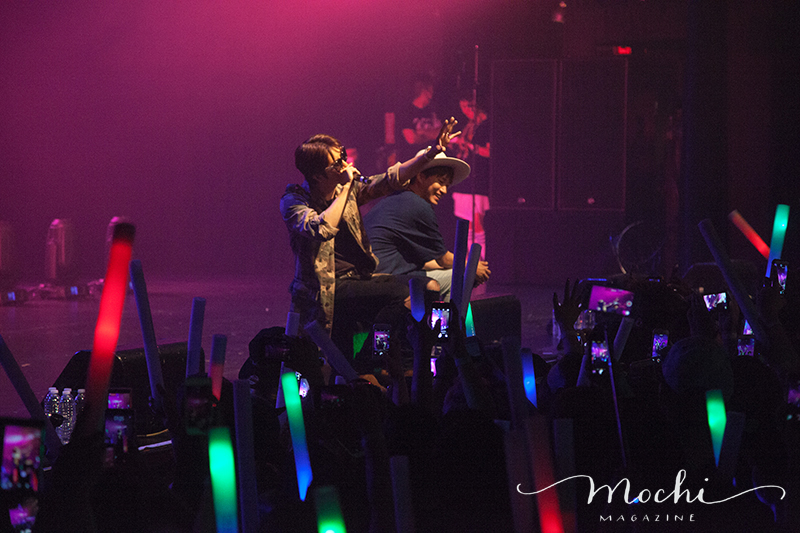 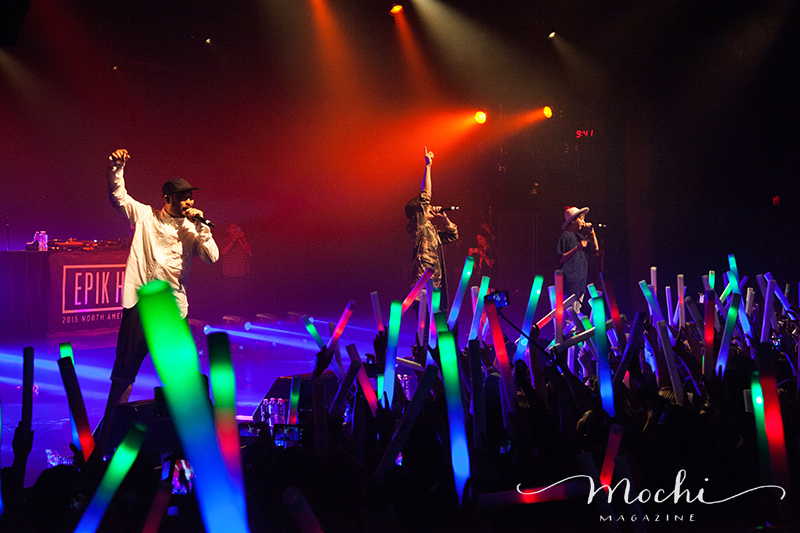 Serious lyrics aside, these guys are complete dorks. We witnessed many epic moments: DJ Tukutz solo dancing to Big Bang’s Good Boy and interrupting Tablo’s solitary rapping moment to an Eyes Nose Lips cover. The trio also prepared an intermission dialogue about what they like about New York City (Shake Shack topped DJ Tukutz’s list), and a special K-pop Q & A segment, where Tablo was asked who he could kick off the cliff first. It became apparent that Mithra was here to “promote the Korean language”; Tablo to translate for Mithra; and DJ Tukutz to recite all the random English phrases he knows. We got to see their charismatic personalities throughout the night, further proving that they were real entertainers, not just performers. 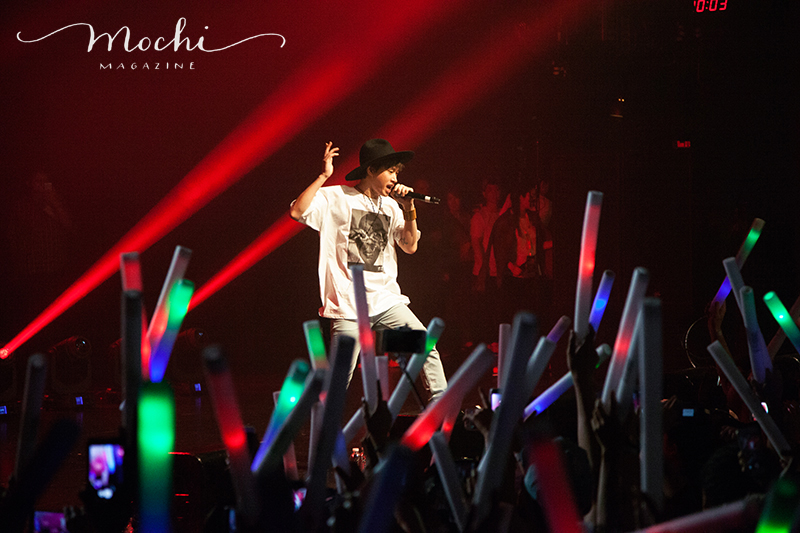 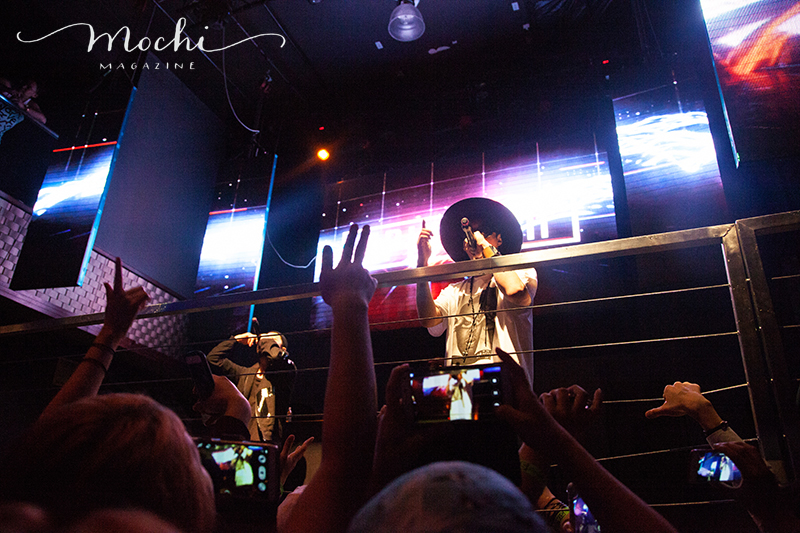 And speaking of Shake Shack—we couldn’t resist but fulfill our post concert hunger and considered bringing some burgers to the official after party at Stage 48, where Epik High came out again to perform Born Hater.