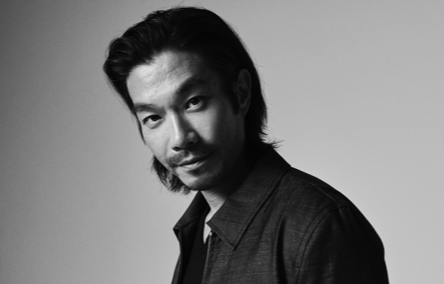 Nelson Lee keeps a low profile. Before “Mulan,” Lee appeared in the TV series “Blade” as Shen, the eponymous Marvel hero’s weaponsmith, and in “Claws” as Professor Benedict, a villain who becomes involved with a group of manicurists-turned-criminals. On the other hand, he also starred in the Christian drama film “All Saints” as Ye Win, the leader of Burmese refugee farmers who arrive in Nashville. It’s hard to sum up whether Lee is typecast as a villain, though he seems to have fun playing one.

Lee was born in Taipei and moved to New Brunswick, a small province in Canada, when he was 5. At 17, he began acting at the University of Toronto. His journey took him to Wales and Prague before he applied for acting school in New York. The Taiwanese-Canadian actor has now lived in Los Angeles for 13 years.

His character in “Mulan” is a bit of an enigma. In the original film, Chi-Fu is the Emperor’s advisor and Mulan’s misogynist anti-ally. In the live action, Chi-Fu becomes The Chancellor.

While Lee did not reveal what The Chancellor would be plotting, he shared his thoughts on being an “indoor villain,” working on “All Saints,” and the importance of family.

The following interview has been edited for clarity and brevity.

YS: What was your personality like when you were young
NL: I was an introverted extrovert and the only person of color at my school. You try to be a little more funny and beat people to the punchline of making fun of you.

YS: You were in the movie “All Saints.” What was that like?
NL: It was a beautiful experience. We filmed it outside of Nashville. It was the first time I had to portray someone from a true story. The Karen people in Burma are still in a civil war. It’s one of those things where you don’t know something because it isn’t reported. They were just wiped out. You don’t hear anything about it.

[The man my character is based on] does so much over [in Burma], rescuing people, coordinating. He is the head and leader of that community. The story is so heartwarming. There was a church that was going out of business and [being turned] into a department store. They were a small group, all Christian. Then, the Karen arrived and they decided to turn it into farmland. It’s completely self-sustaining to this day. Ye Win is an inspiration. It was an honor to meet him and try to portray him.

YS: Let’s talk about a more recent project. What is being in “Mulan” like?
NL: It’s kind of a guilty admission — I had never watched “Mulan”. We’re doing live action, so it’s not a musical but more faithful to the original ballad of Mulan. I wanted to approach it completely fresh. A complete clean slate like Niki Caro had envisioned. Disney created beautiful, pristine sets, and we showed up.

YS: Have you seen the animation now?
NL: I finally have. It was very entertaining. I’m sure I wouldn’t have done the same thing. We finished shooting two years ago. Then you see the buzz now. The amount of time given to it — you see every piece of blood and sweat — I think Niki just knocked it out of the park.

YS: Now that you’ve seen it, who is your favorite character from the animation? I also asked Chen this question.
NL: Chen is so much fun. You watch the original. Then you think, “That’s why he was doing that face.” I love the character Mulan. It’s a fascinating story, the ballad. She’s a beacon of representation and what a woman can do. She’s the best character. The Chancellor’s fun too.

I think it’s great that there’s a bit of distance between that and the live action.

YS: What’s next after Mulan?
NL: I get to play a supervillain in “Stargirl” which is going to be on CW. I’m in a hooded mask; shooting in Atlanta, it’s not forgiving. I’m an indoor villain. That was a lot of fun. We wrapped last fall. It’ll air this spring. You get to fulfill your dream as a kid of being a villain, wearing a cape. It takes 20 people to get you into costume. It’s quite a bit of a different trajectory from “All Saints.” It’s always great swinging between different worlds.

YS: What’s your favorite genre to watch?
NL: Definitely drama. It’d be hard to overlook what just happened with “Parasite.” That film is just beautiful. I’ve always been a fan of [Bong Joon-ho] — “The Host,” and “The Mother.” It’s great to see him get the recognition that he’s due in the U.S. My guilty pleasure is watching “Aliens” from James Cameron and “Jurassic Park.”

YS: What advice would you give to your 21-year-old self?
NL: Be patient. I think when I was a kid coming out of school in New York, I thought I was going to dominate. It takes longer than you think. You need to have a lot of failures before successes. You learn how to love it more honestly. It’s a hard endeavor to be an artist. You don’t know the big picture, because you don’t know what you want. I would also tell him to invest better. Put down the jacket; put down the boots.

YS: Who do you go to for support?
NL: My family is my rock. I always turn to my family whenever there’s issues. Secondary family is artists, people that have been there through good times, bad times. More than once they’ve saved me.

YS: How do you keep your personal and work life separate?
NL: There’s times when the lines get blurred. It gets hard to keep it from spilling over. You learn to move deftly between the two. When it bleeds over, you don’t get breaks from either side. Make sure you have time as an individual. It’s really important to keep them separate.

YS: What would you be if you weren’t an actor?
NL: I’d love to be a chef. I love eating, and I love cooking even more. It’s how we show love and affection. It’s powerful. My brother-in-law is a chef in Toronto and we get spoiled by him. He takes care of us very well.

YS: What kind of food would you cook?
NL: At least Asian-inspired, though that’s very general. My mother’s my favorite cook — she has always been the best. When I think of food I want to eat, it’s food that she has cooked.

YS: What kind of job would you be terrible at?
NL: Anything with math; accounting would be hell for me. You would not want me as your accountant. You don’t want me around numbers. It would be frightening.

YS: What would you do with a month completely off?
NL: I’d definitely want to travel. For a long time, I wanted to take my mom to Vietnam. We got to travel in New Zealand for work, which was stunning. Traveling is a great way to unwind. I’d like to go somewhere warm and secluded.

We used to go to Prince Edward Island. It’s gorgeous — beautiful beaches, seafood, lobsters, oysters. I’m not anti-social, but when I go away on vacation, I want introspection. Go to Prince Edwards if you want to eat your fill of lobsters and if you love “Anne of Green Gables.”

YS: Do you have kids? How will they react to seeing you in “Mulan”?
NL: I’m the cool uncle. That’s a good thing because it’s an easy role to have. A lot of my nieces and nephews are older. I don’t think they see me as anything other than their uncle. They’re really proud. My nephew at one point said, “I need to take a picture with you so my friends believe me.”

YS: What are you currently working on?
NL: I’m on set and we’re doing rehearsals for a film called “New Year.” Hopefully we get a second season renewal for “Stargirl.” After Sundance and Oscars, everything’s thawing and  work starts kicking in. The usual grind, back to work. It’s exciting, of course, to have something special like “Mulan” coming.

I play a character who has a role on Broadway and is celebrating that with his friends. There’s a lot of dancing and it’s more like a play. It’s a bunch of friends on New Year’s, airing out a lot of history. They’re friends that have known each other for decades. There’s a sense of family because you literally are a family off screen.

Anytime someone wants to put me in a play, I’ll do it. Most of the plays I did were in Los Angeles — that shows you where we’ve come in representation. When I was in New York, the only role for an Asian male was “Madame Butterfly”… and I would make an ugly woman.

Mulan was released on Disney+ on Sept. 4, 2020. You can also catch Nelson Lee in “Stargirl” later as the Dragon King. Follow Nelson on Instagram.

After ‘Step Up 3D,’ Jon Chu Will Direct the Justin Bieber 3-D Biopic

Actress Jolene Purdy On Her New Show, CBS’s ‘Under the Dome,’ and Invaluable Advice from Jake Gyllenhaal