It seems like everyone’s favorite characters are getting the spin-off treatment this year: 24: Legacy, which comes after the adventures of 24 agent Jack Bauer; Fuller House, Netflix’s sequel of late ‘90s family sitcom Full House; and a Gilmore Girls revival on the same streaming platform.

But one reboot that caught our attention is The Powerpuff Girls, inspired by Cartoon Network’s 1998 series, which premiered on April 4. And it’s thanks to the new voice of Bubbles, the innocent Powerpuff dressed in blue: 14-year-old Kristen Li. 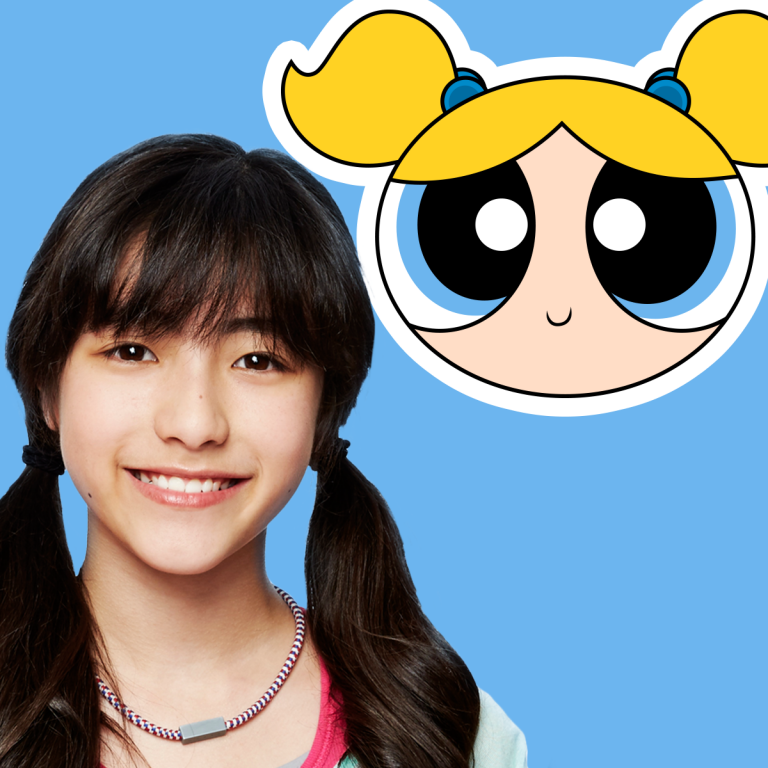 For those worried about a reboot ruining their favorite childhood show, Li promises upgrades— “They have phones now! Their cases really match their personalities, too”—integrated with what they loved most: the characters. “The girls are the same, pretty much,” Li assures Mochi. “Buttercup, she’s tough, and Blossom is a leader. Bubbles is the innocent one.”

Though Li also sees a bit of herself in each of the Powerpuff Girls, she most relates to her own character. “I’m upbeat and I get excited over small things and I hug everyone,” she laughs. “Bubbles was always my favorite.”

Taking over such an iconic and beloved character can be intimidating, but Li approached the project with a level head. “I went into the part as if I were just doing another project,” Li says. Still, she admits, “As [the show] was getting announced, I sort of felt a little bit of the pressure” —to please fans as well as to follow in the footsteps of Tara Strong, the original voice of Bubbles.

“I remember seeing something in the [casting] email saying, ‘Don’t try to exactly imitate the original character,” because obviously that would be really hard,” Li says.

While Li tries to have her Bubbles voice sound similar to Strong’s, she also tried to “make it her own” by remembering years of watching the original series while adding in her own effusive personality. “I’m a very outgoing person in general, and I’m very sincere with how I speak,” Li says.

But, when asked what her extra ingredient would be (in addition to sugar, spice, and everything nice, of course), Li was quick to say, “Of course, Chemical X”—in true Powerpuff Girl character.