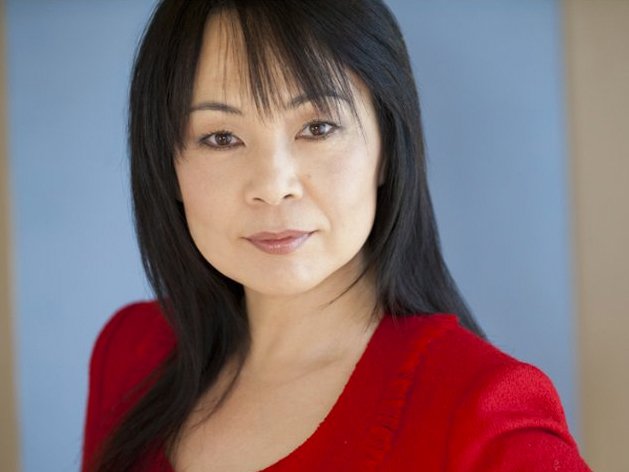 A successful and world-renown choreographer, dancer and performance coach, Cindera Che has made her footprint upon numerous entertainment scenes, working with Hollywood stars such as Cameron Diaz, Elizabeth Berkley and Keri Russell. She has also made notable appearances on several big networks, including NBC’s Dancing with the Stars in assisting Kristi Yamaguchi with her winning dance routine, as well as on an episode of The Janice Dickinson Modeling Agency on Oxygen.

With a strong dance background of experience in multiple styles, including ballet, jazz, modern, and traditional Chinese culture dance, Che brings a unique perspective using her own training system, titled “The Che Way,” which includes a creative mixture of pilates and yoga. Strong and independent, Che inspires with her story of her path to success and shows us just how rewarding a little hard work can be.

M: When did you first begin to dance?

C: I was six years old when my friend asked me to take ballet with her. She quit in a couple months. I never stopped dancing.

C: I went to a very strict private school. I learned to be obedient and become a hard-working perfectionist. I’ve always done well in school. I knew I had the ability to do well to win good grades and awards. However, such knowledge did not convey self-confidence. I was good at what I did because it was expected of me. I didn’t OWN any of my achievements.

M: What made to decide to pursue dancing?

C: For the first 30 years of my life, I never pursued dance (as a career). It was just always something that I did. Like a good student, I followed the path or “instructions,” and did what I was supposed to do: train, perform, audition and work. My dance teacher in Taiwan, Tso Ging Ling, was very connected with the entertainment industry. There were so many opportunities for me to perform in stage, television and movies. I danced in my first television show at the age of 10.

M: How has your culture played a role in your career?

C: When I was young, I did a lot of Chinese folk dance in which we used a lot of props: fans, drums, sticks, ribbons and plates. It taught me articulation of the hands and fingers and trained me to move with a higher level of consciousness. The focus had to be there to make sure that the props didn’t fall and get tangled! The prop became my dance partner that I needed to respond to and communicate with. It is the communication that I try to put in every piece of my choreography. My culture also broadened my sensibility in rhythm, sounds, smell and taste from which I drew inspiration.

M: How did you earn your first big break?

C: I like that you asked how I “EARNED” my big break. I do believe that saying: when opportunity knocks, one better be ready. I continued to study dance after moving to the U.S. By the time I was 16, I took the bus for 1 and ½ hours from Torrance to Hollywood to take dance classes. I continued the four classes a week schedule for a long time. By then, I also belonged to two dance companies performing around southern California in a variety of venues from county fairs to performing arts concert halls. A teacher/choreographer, Billy Goodson, first noticed me in a dance concert. He spotted me again in a dance class and invited me to attend an audition. It was for ABC’s television show, “Fantasy Island.” That was my first professional onscreen job in the US.

C: The Che Way is a training system that combines the philosophy of yoga, techniques of Pilates, and dance with the spirit of movement to develop sexy, confident and articulate bodies.

M: What is most attractive about your classes?

C: I strive to create a safe and fun playground for grown ups. The class helps people to calm their minds and be non-judgmental. The choreography is simple but innovative and it offers both challenge and a sense of accomplishment. It is a place where creativity outweighs perfection. It is a place where the winning habit is cultivated.

M: What is the biggest lesson that you’ve learned?

C: The only thing I can truly rely on is myself.

M: What advice would you like to offer to the young Asian-American women of today?

C: I encourage them to embrace their Asian beauty traits, integrate both the Asian and American cultures in their lives and absolutely acquire a strong physical presence. Claim that front and center space on the stage of life. Be seen! Be heard!