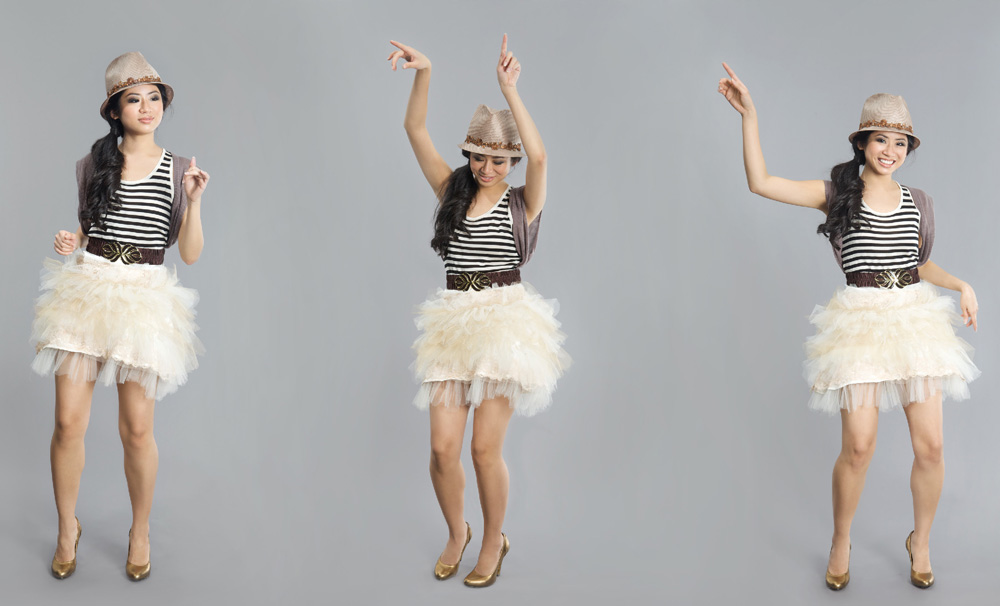 On “Gossip Girl,” Nelly Yuki is perhaps the most complex character in the it-girl group. We’ve seen her buried behind her books, acting in a fat suit during the school play, using the girls against one another to climb the social ladder, and, in the finale, hitting on our dream boy Dan Humphrey after one too many drinks. Mochi meets Yin Chang, the actress behind Nelly Yuki, for the scoop on what goes on behind the scenes, from the casting office to the infamous fashion closet. 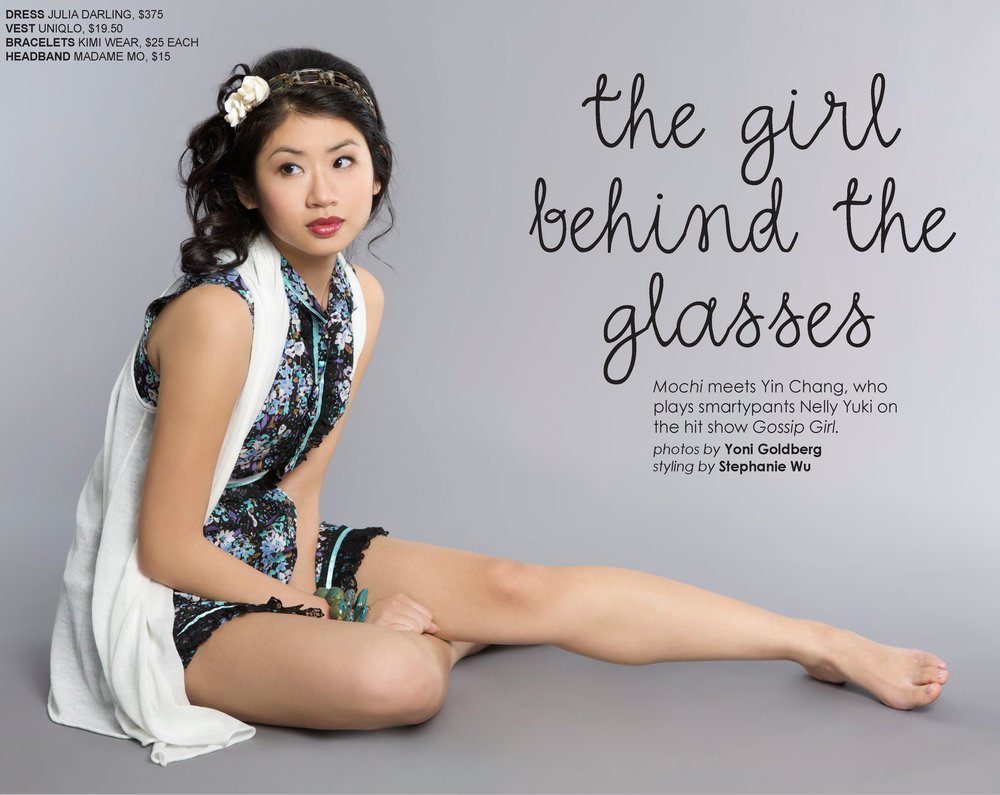 Q: You were born and raised in New York, like all the girls on Gossip Girl. Tell us about your experience growing up in New York.

A: There were lots of cliques in my high school. I had my own clique — I’m the type of person who’s okay with a close group of friends. I don’t need 20 million friends; I’m good with five or six close friends. A lot of Asians, when they grow up in a predominantly white neighborhood, feel the pressure of wanting to look Caucasian. I think I had that a little bit early on in high school or late middle school. But now that I’m older, I embrace my culture. I definitely felt at times that all the kids that were popular also happened to be white. Every kid just wants to fit in.

Q: After high school, you decided to pursue a career as an actress. What was the audition process for the role of Nelly Yuki?

A: Actually, her name was originally Sally Yuki. The audition was for all Asian girls, and even some mixed Asian and Caucasian girls. Since there are hardly any Asian roles out there, all the Asians try out for whatever roles they can get. I was really nervous because my mom was like, “If you don’t get this, you’re going to have to start thinking about a real job.” I wanted to prove to my mom that I could last a little bit longer in the industry. I got a callback, and on the second day, I met with the producer, the director, and the casting director. I didn’t show I was nervous at all – I went in and did my thing. It took a week and a half to find out that I got it, and during that week and a half, I could not sleep or breathe. I wasn’t even too aware of the show. I just went in thinking, a job is a job. Sally’s description was that she was going to be Blair Waldorf’s academic rival. That’s all the information I knew. 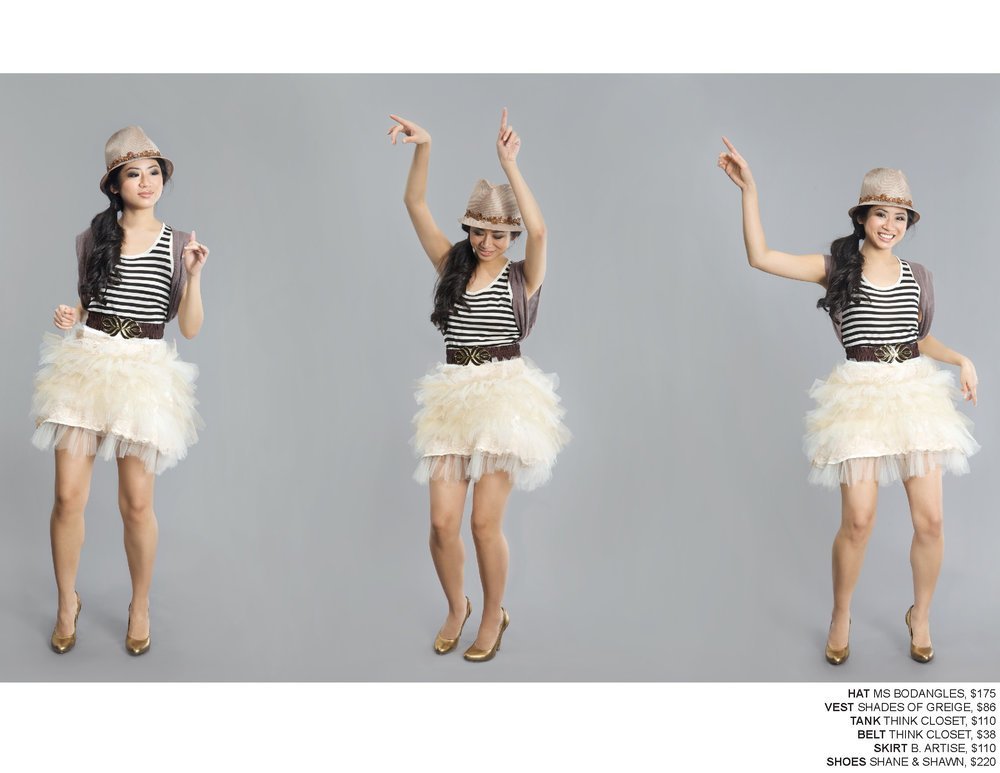 Q: How did you find out that the character had changed from a popular girl to a nerd?

A: I had already gotten the role, before knowing it was going to be a nerd. I went in to get my clothes fitted, and the costume designer said, “These glasses would be SO cute with this outfit.” And I said, “Glasses? What do you mean glasses?” Apparently, the producers decided to change it up and made her a nerdy Asian. I’ve never played a nerd before, so I thought it’d be fun to stretch my acting range. Of course there are stereotypes, like the whole glasses thing, but I think it just has to be one step at a time, especially in America. Asians having roles and chances in the industry is hard to come by already. I’m not going to complain about the character. I was able to get the job, so I’m really grateful.

Q: Do you think Nelly Yuki is a good role model?

A: In the beginning, I thought she was a great role model, because she was really into her books and she minded her own business. But then throughout the show, they wanted to create more drama and developed my character a bit more, making her surprisingly manipulative and conniving. As an actor, I thought that was really fun to play. It just adds more levels and range to the character. But I have two younger sisters, and of course I wouldn’t want either of them to be conniving or manipulative. But as an actor, I was glad that she was getting some color.

A: We showcase a wide variety of up-and-coming fashion designers and well-known designers. In the beginning, Eric Daman wanted Nelly Yuki to look subtle with neutral brown colors, and then as she started conforming to the group, he added colors like orange and pink. It’s very intelligent of him. It’s a subtle way of showing that she’s becoming a part of Blair’s group. 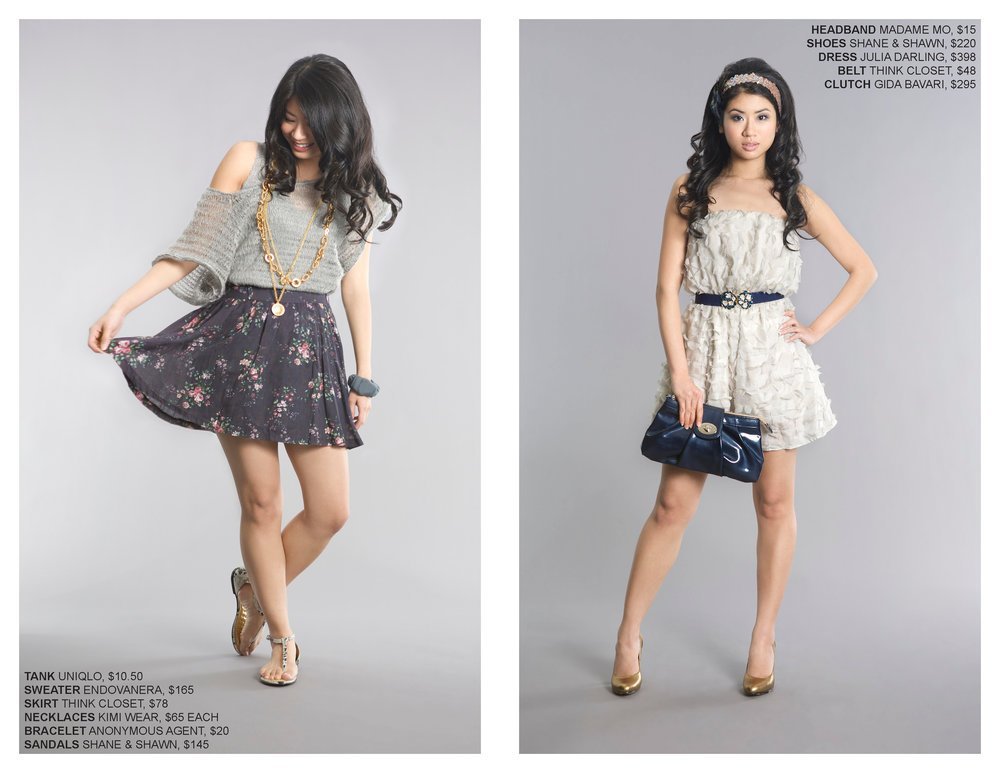 Q: How often do you hang out with the cast and crew off-set?

A: Outside the set, we go to parties together. Leighton is really sweet and gracious – she always tells the girls to get ready at her place. I’ve gone to her place several times just to chill before the whole party thing. The cast members are all great. We all get along quite well. You work there so much, it becomes a second home. It’s always really great to get along with your castmates; it just makes everything so much easier and enjoyable.

Q: What about the Leighton and Blake rumors?

A: So false. They get along very well. They always joke around… I don’t see where those rumors come from.

Q: What do you do in your free time when you’re not filming?

A: I’m taking classes part-time right now at Hunter College. I got in during the regular high school process, and in the beginning, I was juggling full-time classes with auditions and filming. It was hectic because teachers weren’t happy I was absent, but I wanted to further my career. I was filming a lot for season two, and I had to skip class a lot. And I learned not to overload myself with so many classes. I don’t have to technically be in school, but I would love a degree or two. Also, my parents would be happy. [laughs] Now, I take classes on the weekend. I’m double majoring in creative writing and media. 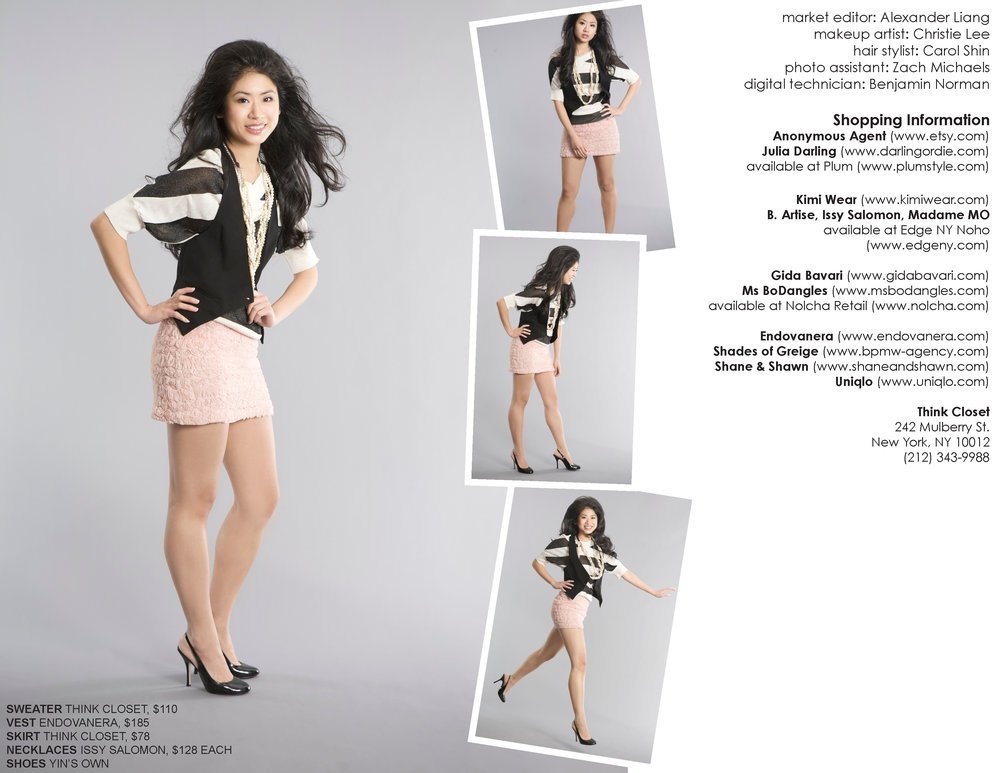 Q: What was your parents’ role in making sure you get a degree?

A: The whole deal was that if I wanted to do acting, I had to be in school. I had to have something under my belt in case nothing came out of the acting thing.

Q: Do you see yourself staying on the acting path?

A: My dream is to be a working actress. I just want to do the best that I can do, and I’d be really happy with that. Thrilled.

Q: What’s next for you, now that “Gossip Girl” is between seasons?

A: I’ve been busy going to events. I was asked to be a guest judge for an Asian organization called Kollaboration. It has a great mission: bringing more Asian American entertainers into the American industry. I would love to support them. I really hope that if I do become successful that I can make a difference–-not only by participating in charities and events, but by helping open more doors for Asians.

Interview has been edited for clarity.

Get a Sneak Peak of Charice on ‘Glee’